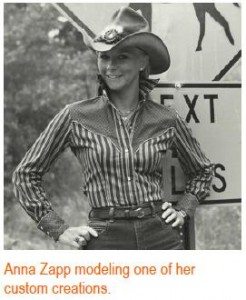 Increased awareness of ME/CFS helps to generate research funding, so it’s important for those struggling with ME/CFS to keep sharing their stories. Help and understanding will come with greater awareness. For ME/CFS sufferers, “coming out” to family and friends about their illness can be a tremendous challenge, especially at the holidays, but it is an important piece of the puzzle. Additionally, by speaking out to groups like the CFSAC, the FDA and others, patients inform these proceedings and can change the course of progress for the better.

Solve M.E. is proud and thankful to work with individuals who are willing to share their story as widely as possible, like Anna Zapp…

My life’s dream was to design and sew for famous people. In August 1973, my amazing journey began. John Denver spied my custom  made western shirts at the Aspen Mining Days Art Fair. This began a ten-year relationship as I designed and made his stage clothes and later designing for Robert Redford, Willie Nelson, Bonnie Raitt, John Travolta and more.

From there my career continued to take exciting turns. I began shipping garments internationally, created custom designs for Neiman-Marcus, Macy’s, and others. I collaborated on three patented ergonomic sewing products, built a company, “Sew-Ergo”, taught tailoring techniques, and wrote articles for the national magazine “Sew News”. Ultimately I contracted with commercial companies to design embroidery discs and in 2002 I wrote an instructional book; “The Zapp Method of Couture Sewing.” I worked tirelessly for a year, doing the graphic drawings, photography and the necessary sewing. But at the end of each day I was REALLY tired.

Spring of 2005, I started feeling ill a lot of the time, no energy, no appetite, had a severe, unrelenting pain going down my right leg and an impingement in my left shoulder. I kept getting viruses that wouldn’t go away. After an outpatient shoulder surgery in 2006, I awoke knowing something was terribly wrong on a very deep level. I got worse and worse. I couldn’t sleep, eat, think, or even read; I had intense nausea, non-stop migraines, a fever, my spine was on fire, arms and hands burning. It seemed that all the systems in my body were non-functioning.

Late February ’06, I had to call my editor and cancel a speaking engagement. I didn’t know what was wrong but I was terribly sick. My life as I’d known it was over, though I didn’t know it at the time. My weight dropped to 88 lbs at 5’4″. I felt as if I was disappearing.

I saw 17 different doctors/specialist over the next 5 months, having hundreds of blood tests, cultures and scans and a myriad of meds to “try”. No one mentioned CFS; one said CFS, “was a waste basket for unknown symptoms”. Then one night the Nightly News announced that the CDC had recognized CFS as a real disease. “This is what I have!” I told Ray. He’d read about it in “Newsweek” and had already started the search for a doctor who treated CFS.

Now 8 years later I’m still sick. Prior to my illness, I biked, hiked, worked out, went scuba diving and played golf. Today my life is very narrow. A few times a year I have great days, as if I’m well; but I’m always fooled. I’m a shadow of who I once was. 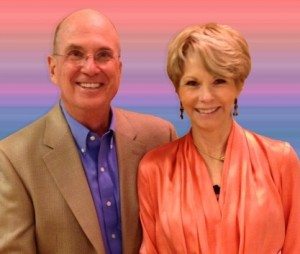 But there is hope; it comes from those around me. First, my husband, Ray, who literally saved my life and continues to be by my side every day. My closest friends, still in my corner. My wonderful counselor and Bruce Campbell’s self-help online group and book, “Managing CFS and FM: A Seven Step Program” help me know I am not in this alone. Through these people, I’ve accepted that pacing, rest and not overdoing is the only real medicine, so far.

Hope also comes from Suzanne Vernon and the team at the Solve ME/CFS Initiative. The first time I heard Suzanne speak in Denver I could see and feel her commitment, determination, dedication, compassion, and sense of urgency. I am confident that her unrelenting quest for treatment and a cure will come sooner than later.

I am confident in the work of the Solve ME/CFS Initiative and believe that together we will solve ME/CFS. But in the words of Peyton Manning, “Hurry, hurry!”

You can help speed progress. The work of the Solve ME/CFS Initiative is fueled by gifts large and small, from people just like you. Make a donation and help continue our important work.

The Solve ME/CFS Initiative is a 501(c)(3) organization and donations are tax-deductible to the full extent allowed by law.