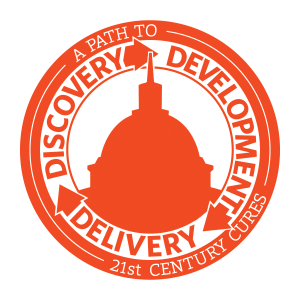 ME/CFS advocates have been eagerly awaiting passage of the 21st Century Cures act since it was initially introduced in 2013, given it was originally written to increase NIH funding and fast-track research and treatment development. On Wednesday, November 30, a compromise bill with modified provisions from the original 21st Century Cures Act swept the House in a 392 – 26 vote. “We have listened to every group out there,” said Representative Fred Upton, author of the bill. “I think we have a pretty good bipartisan bill that’s going to meet everyone’s test of how legislation should be done.” Had the bill not been passed before the end of December, the process to craft it would have had to start again from scratch in the new year.

While the new $6.3 billion compromise funnels new funds to the NIH, those funds are targeted for specific programs such as The Precision Medicine Initiative, Cancer Moonshot, and the BRAIN Initiative and are unlikely to benefit ME/CFS research directly. Additionally, unlike the original bill, these funds are subject to yearly congressional review and can potentially be withheld or redirected.

The compromise package passed this week lost many key initiatives supported by our organization, such as the “OPEN” Act, incentives for misunderstood disease research, and flexible funding for the NIH. Additional elements, such as funds to combat opioid addiction, provisions addressing Medicare, and mental healthcare streamlining, were added in the compromise.

In a new process that is welcome news to many ME/CFS advocates, the 21st Century Cures Act provides increased oversight, accountability, and transparency at the NIH. The new law requires the NIH to issue and publish a strategic plan and increases accountability at the NIH overall, including the system used in the distribution of grant awards. SMCI has continually pressed the NIH for this information regarding ME/CFS with virtually no success.

Provisions directed at data standardization, data collection and sharing, and clinical trial reporting are designed to increase collaboration between researchers for better results. There are also provisions to modernize clinical trials and increase the use of patient-generated registries, both of which have been key barriers in ME/CFS research.

One of the most controversial parts of the bill increases the ability for researchers and the Food and Drug Administration (FDA to consider the direct experience of patients to modify and improve potential treatments. This new, structured framework would take patient reports into account when analyzing a drug’s benefits and risks.

One additional provision added to the 21st Century Cures Act is called the “Drug Development Tools Qualification Program.” This section will create a new review process at the FDA for biomarkers and other development tools to expedite drug development and reduce the likelihood of development failures.

In Memory of Cindy Siegel (Shepler)