Last week we announced the research teams funded by Solve M.E.’s 2019 Ramsay Grant Program. The Program is designed to attract researchers to the ME/CFS field and generate pilot data that can be used to obtain follow-on funding. 2019 is our biggest year yet, with over 30 researchers working across seven projects.

Not all research collaborators pictured

As part of the rollout, we provided a place for the community to send messages of support and hope to the Ramsay researchers. We’ve been overwhelmed by the response from the community:

“Thank you all so much for your dedication into research which may improve the lives of many in the future. I have had ME for 17 years and it changed my world. I’m so grateful for all the work you are doing.”

If you still want to send a message to the researchers, be sure to fill out the form on the Ramsay microsite.

Solve M.E. Chief Scientific Officer Sadie Whittaker, PhD, and Director of Research Programs Allison Ramiller recently chatted with Andy from Science for ME about the 2019 Ramsay class and the potential impact their work could have on the study of ME/CFS. Watch the video here, and learn more about the 2019 Ramsay Research Grant class here.

We’re excited to share updates with you throughout the year as the Ramsay teams advance their scientific studies.

To learn more about each of the Ramsay researchers and the impact of Ramsay Grants Program on ME/CFS research, visit our Ramsay Grant Program microsite

ME/CFS journalist Cort Johnson profiled Sadie Whittaker, PhD, in a new Health Rising post, “Thinking Bigger and Bigger: Solve ME’s Research Director Sadie Whittaker Talks Moving Forward on ME/CFS.” In addition to delving into her prior work on the Ebola pandemic in Africa, Johnson also talks to Whittaker about why a strategic approach to filling in the gaps in our knowledge of ME/CFS is crucial to making progress. Cort and Sadie also discuss the potential impact of Solve M.E.’s soon-to-be-launched You + ME Biobank and Registry on the study of the disease.

“Whittaker doesn’t have a favorite ME/CFS research topic – what she really wants is more and more data. She’s fascinated by the potential big data has for solving ME/CFS. Big data, she said, transformed the cancer field she worked in. Breast cancer used to be breast cancer. Now it’s known to be at least 10 different diseases. Dozens of treatments can now even be tuned to your genotype. It’s all due to large data sets which allowed researchers to do a deep dive into breast cancer.

Read the article in its entirety here.

Van Den Brink testified to the Committee, “I am convinced that we as Europeans can do much more to solve this neglected disease. We have brilliant scientists eager to get to work, but we need funding… With determination, we can solve this together.”

The Committee on Petitions expressed its commitment to provide a further response from the EU Parliament and agreed to keep the petition open until more formal action could be taken.

Read Solve M.E.’s letter to the President of the EU Parliament HERE.
Learn more about this EU citizen petition and take action HERE.

Watch and Get Involved! Travis Craddock Presents on Pilot Findings from a Genetics Study

Watch | Travis J.A. Craddock, PhD, recently presented on the use of a network analysis approach to look for patterns of harmful genes and single nucleotide polymorphisms (SNPs) within those genes that might play a role in the development and progression of ME/CFS. The pilot study found commonalities in the genetic makeup of ME/CFS participants related to immune, endocrine, metabolic, and cellular interface functions; some of the identified SNPs are among the most harmful variants known in humans. Watch below to learn more about the findings and how future studies might build on this work.

The research team at the Nova Southeastern Institute of NeuroImmune Medicine is recruiting for an ongoing ME/CFS gene study! Click the link below to get more information on the study, and instructions on how you can participate.
http://go.solvecfs.org/e/192652/earch-studies-mecfs-genes-html/22fshl/134073149?h=dnitm6YYifmQuDxzxhQgAwzpDstjZE2m9RyTxPQjUig 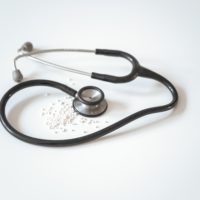