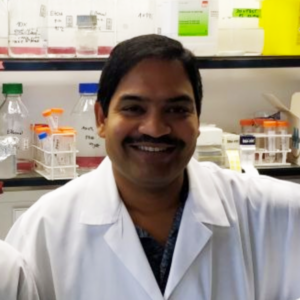 Bhupesh Prusty (PhD), a molecular virologist at the University of Wuerberg, designed his Ramsay project to explore the hypothesis that mitochondrial dysfunction in ME/CFS has a pathogenic connection. He focused on HHV-6 (a herpesvirus that has been implicated in chronic conditions) based on his previous findings of HHV-6 activation and changes to mitochondria. Dr. Prusty and his collaborators honed an experimental system to study early stages of viral reactivation. Their work also points to a mechanism that accounts for how, even with a low number of copies of the virus in the blood, HHV-6-infected cells might still impact energy production in adjacent or distant cells through factors secreted in the blood plasma of ME/CFS patients.

✓ Bringing new researchers into the field. The Ramsay awards enabled an expert virologist to apply his skill to the ME/CFS field.

Publication in ImmunoHorizons
>>> What you need to know 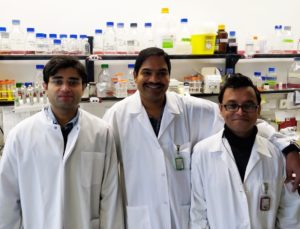 In addition to contributing to ME/CFS research literature through his Ramsay project, Dr. Prusty also co-wrote a review on chronic viral infection in ME/CFS in the October 2018 edition of Translational Medicine, on behalf of the European Consortium (EUROMENE) on ME/CFS. echoua The review surveyed studies on the potential role of various viruses and molecular mechanisms, including altered immune cells, changes in mitochondria, and autoimmunity in the development of ME/CFS. Advances in understanding the behavior of various pathogens caused the review authors to cast doubts over the validity of several past findings. However, the authors conclude there is evidence for a role of viral infection in at least a subgroup of ME/CFS patients. They recommend future strategies to improve studies through subtyping the patient population, standardization, the use of disease controls, and longitudinal data collection.