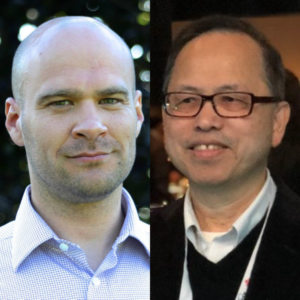 Michael (Mike) Van Elzakker, PhD, a researcher at Massachusetts General Hospital and Harvard Medical School, has been an influential thought leader in how the field might leverage imaging techniques to assess neurological features of ME/CFS. Kenneth (Ken) Kwong, PhD and Suk-tak (Phoebe) Chan, PhD, experts in functional magnetic resonance imaging (fMRI), will co-lead the study. The research team will use fMRI to assess blood flow in the brains of participants at baseline and during PEM provoked by an exercise challenge. They aim to identify brain regions that are related to ME/CFS by correlating the fMRI measures with patient-reported fatigue levels.

“We are thrilled that Solve M.E.’s Ramsay Grant has allowed me the chance to bring brilliant researchers like Suk-tak (Phoebe) Chan and Ken Kwong into the field. Phoebe is a world-renowned expert in the functional neuroimaging of vascular physiology and has created a very innovative method for quantifying cerebrovascular reactivity. As discoverer of the fMRI BOLD response, Ken is a legend in neuroimaging. With this project, we hope to elucidate potential dysfunction in autonomic control over cerebrovasculature, a mechanism with clear implications for many of the symptoms that patients experience.” – Michael Van Elzakker

“I will be mapping the autonomic response of chronic fatigue syndrome with MRI, with special emphasis at the brainstem.” – Kenneth Kwong

“My objective is to use MRI to search for abnormal brain markers of CFS by measuring the brain-body interaction between resting state cerebrovascular fluctuations and the ventilatory and metabolic changes of spontaneous
breathing.” – Suk-tak (Phoebe) Chan

Chronic fatigue syndrome (ME/CFS) is a complex and often disabling disease, the cause of which has not yet been elucidated. The cardinal symptom of ME/CFS is post-exertional malaise (PEM), which is an intense worsening of symptoms that begins 24-72 hours after exertion and can last for days or weeks. Such symptoms include but are not limited to fatigue, autonomic dysfunction, muscle and joint pain, and cognitive dysfunction (“brain fog”). However, despite the importance of PEM, its mechanisms are poorly understood, with few studies examining its brain basis. This study aims to further understand the neural mechanisms underlying PEM using high-resolution functional magnetic resonance imaging (fMRI). Participants are scanned at baseline and then again during PEM, when their symptoms are at their worst, between 1-3 days after an invasive cardiopulmonary exercise test (iCPET). This study uses arterial spin labeling (ASL) in fMRI to map the differences in regional cerebral blood flow (rCBF) of ME/CFS patients at baseline and during PEM and to evaluate the correlation between rCBF changes and patients’ status of fatigue.

This study is a part of a larger collaborative project aimed at deeply characterizing ME/CFS patients using state-of-the-art techniques in the fields of neuroimaging, cardiopulmonology, infectious disease, and neurology. The ME/CFS clinicians and researchers involved in this collaboration include Dr. Donna Felsenstein, Dr. David Systrom, and Dr. Anne Louise Oaklander. The proposed project will also enable new researchers to formally enter the ME/CFS field. Suk-tak Chan, PhD, is an internationally-recognized expert in using peripheral physiology to inform fMRI, especially in relation to brain vascular function. Given that at least as far back as his 1992 book, Dr. Byron Hyde reported abnormal brain perfusion using the now-defunct technique of Xenon SPECT, Dr. Chan’s expertise will be most welcome in this field. We will be able to collect more detailed information about brain perfusion than Dr. Hyde could have dreamt of, and thanks to Dr. Chan’s expertise in fMRI, we will be able to do so without injections and radiation.

Kenneth Kwong, PhD, is one of the inventors of the fMRI technique. His seminal 1992 PNAS paper, “Dynamic magnetic resonance imaging of human brain during primary sensory stimulation” was the first demonstration of functional brain changes in humans with no injection of contrast medium. The project proposed in this application was part of Dr. Kwong’s lifelong scientific interest in brain perfusion, a function that appears to be abnormal in ME/CFS (see his Wikipedia page for a fascinating history). The fMRI technique is now omnipresent in neuroscience and neurology. Dr. Kwong is one of the first few developers of the commonly-used MRI perfusion technique called arterial spin labeling (ASL). His entrance into the ME/CFS field will add credibility and deep expertise in a way that few other living scientists could. The proposed project examines one of the better-replicated findings in the neurology of ME/CFS: abnormally-functioning cerebral perfusion. Through Dr. Chan and Dr. Kwong’s combined expertise, we plan to characterize and understand the basis of this dysfunction in novel and illuminating ways.