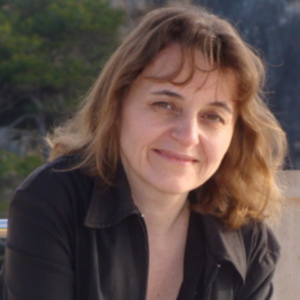 Immune dysregulation has been regularly described in studies of ME/CFS, and there is substantial evidence for at least a subset of patients with an autoimmune cause of the disease. Dr. Carmen Scheibenbogen (MD), a researcher at Charité University in Berlin, has emerged as a major player in pursuit of this hypothesis. In an article in Autoimmunity Reviews, she and her Ramsay project collaborator, Franziska Sotzny (PHD), have previously outlined evidence for autoimmune mechanisms in the disease. In this study, Dr. Scheibenbogen’s team compared autoimmune genetic and cellular traits in ME/CFS patients.

Single-nucleotide polymorphisms (SNPs) are variants in genes which occur in all individuals. If SNPs affect immune genes they may result in a more active immune response and carriers may have a higher risk for autoimmune diseases. However, that does not mean that all carriers get an autoimmune disease. Association studies like this one can determine whether a SNP is associated with a disease and provide information about the disease-causing mechanism.

The researchers analyzed a group of 305 ME/CFS patients and 201 healthy controls for genetic risk variants associated with autoimmune diseases. The research group found SNPs associated with increased risk for autoimmunity in the genes PTPN22 and CTLA4 were more frequent in patients with infection-triggered ME/CFS. These genes play a key role in regulating B and T cell activation. Dr Scheibenbogen expands on the implications of the study:

“Our finding provides evidence that ME/CFS is an autoimmune disease in the subgroup of patients whose disease is triggered by an infection. It encourages us to pursue clinical studies with IgG or immunoadsorption to target autoantibodies.”

✓ Keeping researchers engaged in the field. Dr. Scheibenbogen has become a prolific researcher in defining the role of autoimmunity and infectious-onset in ME/CFS. The Ramsays have provided seed funding to support her work over two cycles of the program.

✓ Added to the cumulative, scientific knowledge. The study “Autoimmunity-Related Risk Variants in PTPN22 and CTLA4 Are Associated With ME/CFS With Infectious Onset” was published in Frontiers in Immunology. Read it here