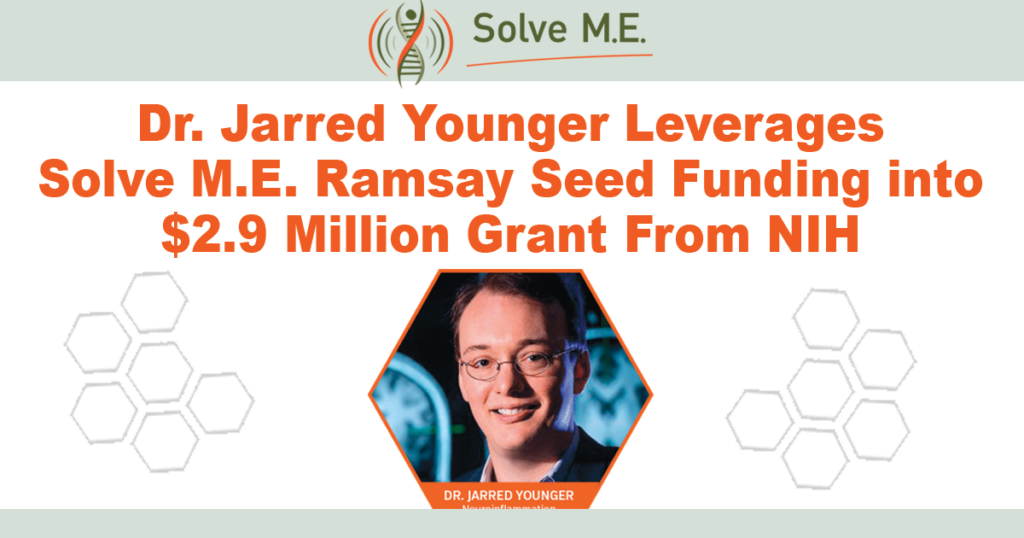 Jarred Younger (PhD), Director of the Neuroinflammation, Pain and Fatigue Lab at University of Birmingham at Alabama, received $2.9 million in funding from the National Institutes of Health to complete a brain imaging study over the next five years.

In a pilot project funded by Solve M.E.’s Ramsay Grant Program, Dr. Younger’s Ramsay study brought novel use of a neuroimaging technique called magnetic resonance spectroscopy imaging (MRSI) to measure whole-brain differences in an ME/CFS cohort. The researchers found metabolite and temperature differences in the brains of people with ME/CFS compared to healthy controls; supporting a neuroinflammatory driver of the disease.

The Ramsay seed funding was leveraged by Dr. Younger into a powerful R01 study that will replicate the use of MRSI in a much larger cohort of ME/CFS and healthy control subjects. The study will also incorporate a longitudinal design in a smaller group of participants to correlate neuroimaging results with fluctuations in symptoms over time. Additionally, PET scan will be used to validate the MRSI findings. Check out the study on NIH RePORT here.

Solve M.E. Chief Scientific Officer Dr. Sadie Whittaker said, “We’re thrilled that Dr Younger and his team have received this funding, and are glad to have played a small role in enabling him to generate some pilot data as part of his Ramsay Program Grant.”