Last year, a study published in Menopause, the journal of The North American Menopause Society, revealed a newfound link between Myalgic encephalomyelitis (ME), commonly known as Chronic Fatigue Syndrome (CFS), and early menopause. The study originated at the Centers for Disease Control and Prevention in Georgia. To learn more about the study, visit: http://www.menopause.org/docs/default-source/2015/early-menopause-and-cfs.pdf

The study hit the news again when Emily Lunardo added new insight to the findings in her recent article on Bel Mara Health. The selection below is from her post on Bel Mara Health on July 28th, 2016: http://www.belmarrahealth.com/chronic-fatigue-syndrome-cfs-associated-with-early-menopause-study/

Chronic fatigue syndrome (CFS) is associated with early menopause, according to research. The association between CFS and menopause may help explained why CFS is far more common among women than men. Furthermore, being aware of the association may prompt healthcare workers to monitor women who may be at risk for CFS.

The study is based on the comparison of 84 women with CFS and 73 healthy control women who completed detailed questionnaires on their gynecologic history.

Furthermore, CFS women were more likely to have undergone at least one gynecologic surgery. They experienced menopause at an earlier age than the healthy women.

Executive director of the North American Menopause Society (NAMS) Margery Gass said, “CFS can take a tremendous toll on women’s lives at midlife and on our society and healthcare system. Being aware of the association of CFS and earlier menopause can help providers assist women in sorting out symptoms of CFS from symptoms of menopause. 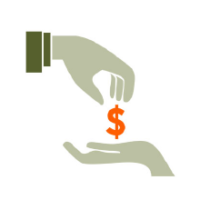 You Can Make a Difference in the Lives of People with M.E.