Big news out of the National Institutes of Health (NIH) today as the scientists at the National Institute of Allergy and Infectious Diseases (NIAID) identified a potential genetic abnormality linked with many of the symptoms of Myalgic Encephalomyelitis (ME), commonly known as chronic fatigue syndrome (CFS).

The study was published today in Nature Genetics. Read the complete publication at: http://www.nature.com/ng/journal/vaop/ncurrent/full/ng.3696.html

Read the news release regarding the findings from the NIH below: 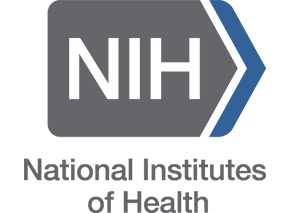 Scientists at the National Institutes of Health have identified a genetic explanation for a syndrome characterized by multiple frustrating and difficult-to-treat symptoms, including dizziness and lightheadedness, skin flushing and itching, gastrointestinal complaints, chronic pain, and bone and joint problems. Some people who experience these diverse symptoms have elevated levels of tryptase — a protein in the blood often associated with allergic reactions. Multiple copies of the alpha tryptase gene drive these tryptase elevations and may contribute to the symptoms, according to a new study led by investigators at NIH’s National Institute of Allergy and Infectious Diseases (NIAID).

Other studies have indicated that four to six percent of the general public has high tryptase levels. While not all of these people experience symptoms, many do, raising the possibility that this mildly prevalent trait in some cases drives the symptoms, although how it does so remains unclear.

“This work suggests that multiple alpha tryptase gene copies might underlie health issues that affect a substantial number of people,” said NIAID Director Anthony S. Fauci, M.D. “Identifying one genetic cause for high tryptase opens the door for us to develop strategies for diagnosing and treating people carrying this genetic change.”

Previously, NIAID researchers had observed that a combination of chronic and sometimes debilitating symptoms, such as hives, irritable bowel syndrome and overly flexible joints, runs in some families and is associated with high tryptase levels. Many affected family members with high tryptase also reported symptoms consistent with disorders of autonomic nervous system function (dysautonomia), including postural orthostatic tachycardia syndrome (POTS), which is characterized by dizziness, faintness and an elevated heartbeat when standing up.

Moreover, the scientists found that additional gene copies were associated with more severe effects. Family members with three copies of the alpha tryptase gene had higher tryptase levels and reported experiencing more symptoms than those who had two copies.

“These families had gone for years without a medical diagnosis, and many had been told that some of their symptoms were ‘all in your head.’ These results not only provide a genetic explanation for the combination of symptoms that these patients experience, but also point the way to a potential solution,” said Joshua Milner, M.D., chief of the Genetics and Pathogenesis of Allergy Section in NIAID’s Laboratory of Allergic Diseases and the senior author of the study. “If we can devise a way to block alpha tryptase, we might be able to alleviate some or all of the symptoms related to elevated tryptase levels.”

The researchers next investigated this genetic change in a general population. They assessed a group of NIH patients who had their DNA sequenced for reasons unrelated to tryptase, as well as a group of healthy unrelated volunteers from the ClinSeq study — 172 people in total. To the scientists’ surprise, all those with high blood levels of tryptase also had duplications of the alpha tryptase gene. Many people with the duplicate gene reported experiencing symptoms similar to those seen in the original group of severely affected families, including irritable bowel syndrome, skin flushing and itching.

“The families we originally studied may be among the more severely affected on a spectrum of disease, while some people with alpha tryptase gene duplications experience few or mild symptoms,” noted Jonathan Lyons, M.D., an assistant clinical investigator in NIAID’s Laboratory of Allergic Diseases and the first author of the paper. “Additionally, it’s important to note that many people with normal tryptase levels also suffer from these problems. We hope that our study opens the door for future work to understand the cause of their symptoms as well.”

Although more research is needed to understand how elevated tryptase contributes to this constellation of symptoms, this study helps set the stage for future advances in diagnosis and treatment. For example, further development of the laboratory test to detect alpha tryptase gene copies eventually could lead to a diagnostic test that could be used clinically to identify people with this genetic change. The scientists also are planning to develop strategies to block alpha tryptase, which potentially could ease the health problems associated with additional copies of the gene.

Meanwhile, people who suspect they may have this syndrome should work with their doctors to manage their symptoms, noted Dr. Milner.

NIAID conducts and supports research — at NIH, throughout the United States, and worldwide — to study the causes of infectious and immune-mediated diseases, and to develop better means of preventing, diagnosing and treating these illnesses. News releases, fact sheets and other NIAID-related materials are available on the NIAID website.

About the National Institutes of Health (NIH): NIH, the nation’s medical research agency, includes 27 Institutes and Centers and is a component of the U.S. Department of Health and Human Services. NIH is the primary federal agency conducting and supporting basic, clinical, and translational medical research, and is investigating the causes, treatments, and cures for both common and rare diseases. For more information about NIH and its programs, visit www.nih.gov. 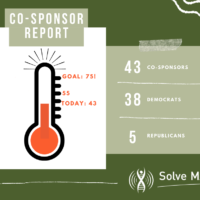 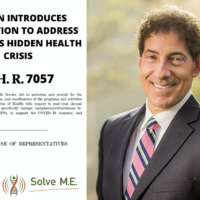 Solve M.E. Advocacy Director Emily Taylor Answers All Your Questions About H.R. 7057 in this Q&A and Town Hall!