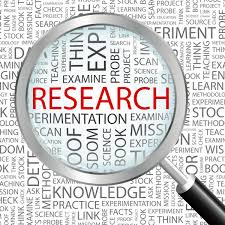 The Department of Defense Congressionally Directed Medical Research Program (CDMRP) announced the awards on April 14, 2014.  The GWIRP mission is “to fund innovative Gulf War Illness research to identify effective treatments, improve definition and diagnosis, and better understand pathobiology and symptoms”.  The amount of money appropriated by Congress in 2013 to GWIRP was $20 million. Awards are made to these categories: clinical trials, innovative treatment evaluation and investigator initiated.

A number of veterans that served in the 1990-91 Persian Gulf War are sick with Gulf War Illness.  The symptoms experienced by Gulf War including fatigue, pain, memory and concentration problems, and chemical sensitivities are similar to those experienced by ME/CFS patients.  Research conducted on veterans with Gulf War Illness will help further our understanding of what may be causing these symptoms in ME/CFS patients.

McGowan received an investigator-initiated award and this research will be conducted from his laboratory at the University of Toronto.  This award is intended for research on objective indicators of biological processes or abnormalities in Gulf War Illness. While descriptions of the awards have not been published, McGowan told me his research “is designed to uncover biological processes, termed ‘epigenetic’, that may influence gene function in a persistent manner as a result environmental exposures associated with Gulf War Illness.”  His collaborators on this project include Drs. Gordon Broderick and his team at NOVA Southeastern. As most of you know, McGowan is conducting epigenetic work on samples from the SolveCFS BioBank and has submitted his initial results for publication.

Dr. Jon Kaiser, principal of KPAX Pharmaceuticals, received an innovative treatment evaluation award.  Again, no project description accompanied the award announcement but it would be safe to assume that Kaiser is conducting a trial in veterans with Gulf War Illness similar to his Synergy Trial for ME/CFS patients.

Dr. Jarred Younger, Stanford University, received an innovative treatment award.  Younger has conducted research and published on the use of low-dose naltrexone for treatment of chronic pain.  At the March 19, 2014 Stanford ME/CFS Symposium, Younger presented on his research of inflammation in ME/CFS including possible ways to treat inflammation.  Conducting this type of innovative treatment research in veterans will Gulf War Illness is a logical extension for the research from this exciting young investigator.

We want to congratulate and encourage the ongoing and important work of these three investigators that continue to positively impact the ME/CFS community.