The investigator tells us more about the expansion of her team’s interdisciplinary project combining the field of immunology and metabolism to study the ways in which metabolic activities in B cells might differ in individuals with ME/CFS. 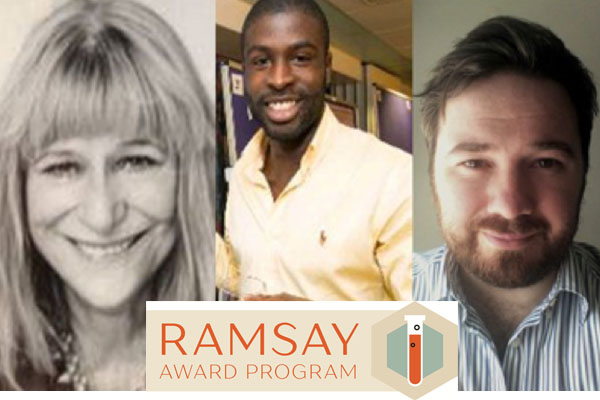 As part of their 2016 Ramsay Award supported project, Geraldine (Jo) Cambridge, PhD, University College London, Fane Mensah, a PhD candidate at UCL, and Chris Armstrong, PhD, a metabolomics expert at University of Melbourne, investigated how metabolic activities in B cells, a type of white blood cell, might differ in individuals with ME/CFS as compared to healthy controls. The team established an experimental setting to follow up on their novel finding of increased CD24, a cell surface molecule on B cells in the immune system, in patients with ME/CFS. SMCI is thrilled to announce funding for an extension of their project to apply this experimental method to an expanded pool of samples.

One of the largest barriers to establishing solid foundations for research into ME/CFS has been related to inconsistencies across studies related to patient selection, the stage or relative activity of disease and the methods used in the analyses. Although it is widely acknowledged that there is a strong immune component involved, differences in standard immune parameters between healthy individuals and patients have not been established with any degree of certainty. Recently however, the application of more comprehensive immunophenotyping techniques, combined with real-time measures of energy and metabolite consumption/generation have uncovered alterations of a memory B cell phenotype (at UCL) in ME/CFS patients compared with age-matched controls. The B cell data suggested the existence of a change in preferred pathways for energy utilisation which may impact memory B cell responses and possibly T cell functioning and activity in these patients.  The cells most affected were within the so-called innate compartment (manuscript submitted, Frontiers in Immunology, June 2018). Support from the previous grant helped us to establish techniques to study the changes in energy requirements during  immune cell proliferation and differentiation. We have therefore already established in vitro techniques to investigate the metabolites used/generated in cultured B cells following exposure to different agonists/antagonists and growth conditions as a model for energy metabolism in these patients. In collaboration with Dr Christopher Armstrong, Melbourne University, Australia we have documented metabolite differences including a reduced use of glycolysis in ME/CFS patients (manuscript in preparation). We therefore want to extend these studies in order to focus our analyses on particular metabolites which we have identified as being dysregulated from the in vitro studies.