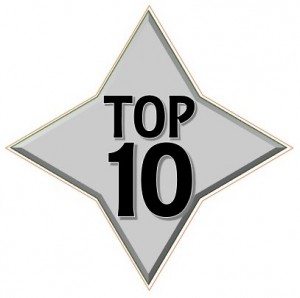 In this year-end blog post and December Research Digest, Dr. Vernon and Dr. Komaroff summarize what they regard as the most important recent advances in our field. They are not listed in any specific order. If noted, SMCI played a role in the discovery.

1. There is ample evidence that ME/CFS is a heterogeneous illness. As is true with many illnesses, not every person with the illness has all of the same features.   Now we are able to delineate ME/CFS subtypes using tools that measure phenotype (the ensemble of a patient’s observable and measureable signs and symptoms) and genotype (the inherited genetic code and gene expression). By objectively identifying subtypes, researchers are able to study groups of patients that are similar: this increases the likelihood of identifying biomarkers and of targeting treatment.

3. Scientists at RIKEN, Japan’s renowned research institution have shown that the ME/CFS brain is inflamed.  They used a particular kind of brain imaging to show that immune system cells in the brain were highly activated (inflammation) in people with ME/CFS, compared to healthy individuals.  They further showed that the greater the inflammation, the greater a person’s symptoms.  The inflammation was a chronic, continuing state.  Investigators from other countries including the U.S. are now collaborating with the Japanese team to develop possible diagnostic markers and effective treatments.

4. Central sensitization is state in which the pain-sensing mechanism in the central nervous system gets “stuck” in a highly reactive state.  When this happens, a simple bump or light pressure causes greater and more widespread pain than it otherwise would.  Central sensitization has been best demonstrated in people with fibromyalgia, an illness similar in many respects to ME/CFS.  New research on restrictions in range of motion in ME/CFS patients indicates that central sensitization may also explain the fatigue, brain fog and post-exertion malaise.

5.  The immune system is built to attack “foreign” things (like germs) and substances (like plant pollen).  In autoimmune diseases, instead of attacking something foreign, the immune system attacks healthy cells and organs.  Since women experience higher rates of many autoimmune diseases, and since women appear to develop ME/CFS more often than men,  autoimmunity has been suspected as a possible cause of ME/CFS.  A clinical trial of rituximab, a drug that destroys B cells (these are the antibody producing cells of our immune system), showed benefit in a number of ME/CFS patients.   This result has suggested that autoimmunity may be present in at least a subset of ME/CFS patients.  There are also several studies that show elevated antibodies to various “self” proteins in ME/CFS patients.   Understanding the role of autoimmunity in ME/CFS will help identify biomarkers and target treatments.

6. Patient-centered outcomes research seeks to determine if a treatment is leading to an improved outcome: reduced symptoms and suffering.  One problem with outcomes research has been that the “outcomes” that doctors measure do not always reflect the outcomes that are important to patients.  For example, during a 2012 FDA patient-focused drug development teleconference, an ME/CFS patient told the audience that she knew she was doing better when she could stand in the kitchen and make a salad.  Another problem with outcomes research until recent years has been that it was very difficult for patients to report, and therefore for doctors to study, how well the patient was doing every day. Now web-based, smart phone or personal device tracking and monitoring technology is making it possible for patients to participate in patient-centered outcomes research from anywhere including the comfort of their home.

7. Risk factors are behaviors or conditions that raise the risk of developing a particular disease.  Identifying risk factors can help us understand how to control and prevent disease.  Smoking is a classic example of a factor that increases your risk of lung cancer. Epidemiological research has suggested a few risk factors for developing ME/CFS such as a history of viral infection. Research has shown that ME/CFS patients have a 2-fold increased instance of high allostatic load, a quantitative index of hormones, inflammatory and cardiovascular measures of the body’s physiological balance. It is not yet clear if the high allostatic load caused the ME/CFS or the ME/CFS caused the high allostatic load, but additional research may show that allostatic load can be used to screen patients to assess ME/CFS risk.

8. Abnormalities in the white matter of the brain (white matter contains the nerve bundles) have been found in ME/CFS patients using a variety of magnetic resonance imaging (MRI) scanning techniques. The abnormalities have been found throughout the brain (likely due to the heterogeneous nature of ME/CFS).  A team at Stanford University found that a specific area of white matter on the right side of the brain was altered, adding to the increasing evidence that the neurocircuitry is affected in ME/CFS patients.

9. Abnormalities of the autonomic nervous system have been found by numerous independent researchers. These include a failure of the body to maintain blood pressure after a person stands up, abnormal responses of the heart rate to standing and unusual pooling of blood in the veins of the legs. These heart rate abnormalities persist during sleep along with abnormal levels of hormones known to regulate the cardiovascular system.  This is further evidence of a physiological imbalance in ME/CFS patients.

10.  Although many viruses and other infectious agents are completely eliminated by the immune system after an infection, other viruses can remain “latent” in the body for a long time—even for the rest of a person’s life.  There’s evidence of more frequent latent active infection with various herpesviruses and enteroviruses. The herpesviruses include Epstein Barr, HHV-6 and cytomegalovirus. Other infectious agents, like bacterium that cause Lyme disease, Ross River virus and Q fever, can also trigger CFS.  Whether these chronic infections cause the symptoms of ME/CFS remains unclear.

The road to real discovery and life-changing progress is long, arduous, costly. The Solve ME/CFS Initiative is taking strategic steps to shorten the road and speed up progress. Despite our modest budget, SMCI has made great strides and was the first organization to fund research into epidemiology, viral causes, immunology, neuroimaging, exercise physiology and the autonomic nervous system.

All of this research work is only possible because of the support of the many who fund it. The investments made by those suffering with ME/CFS and their loved ones have fueled the Solve ME/CFS Initiative’s work. With that support, we have become one of the largest and most successful private funders of ME/CFS research… paving the road to objective diagnosis, treatment and a cure.