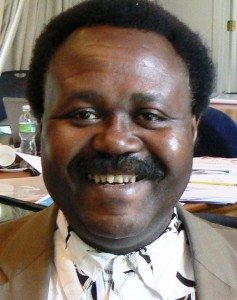 Funding: NIH award in collaboration with Benjamin Natelson, M.D., with total funding of $379,000. (See “Brainiacs: Natelson and Shungu Take On the CFS Brain,” a Q&A.) Another NIH application has been submitted. 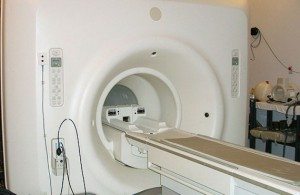 The MR scanner provides a non-invasive means to measure chemicals in the brain.

Summary of previous publications on CFS and brain lactate:
CFS patients showed significantly elevated levels of ventricular cerebrospinal fluid (CSF) lactate compared to healthy control subjects and to patients with generalized anxiety disorder; however, differences between patients with CFS and patients with major depressive disorder were not statistically significant. Dr. Shungu’s group found a significant correlation between ventricular CSF lactate and severity of mental fatigue that was specific to the CFS group; the higher the levels of lactate, the greater the severity of mental fatigue seen in the subjects with CFS. Levels of selected amino acid neurotransmitters, γ-aminobutyric acid (GABA) and glutamate + glutamine (‘Glx’), were not different in CFS subjects compared to patients with MDD or healthy controls. The study at press will report data from the latest study to try to explain these earlier observations from the two published pilot studies.

What has the Association’s support meant to your research?

Dr. Shungu: “As is amply clear, the continuing skepticism that CFS is not a ‘real’ disease will not abate until there is foolproof scientific evidence that this debilitating illness is a distinct medical entity with biological or organic causes. To achieve this objective will require funding of high-quality, groundbreaking research, which is scarce and dwindling. The largest source of medical research funding is the National Institutes of Health (NIH). However, because research funds are limited, it is nearly impossible to compete for NIH funding without having strong preliminary data that support the validity of new research ideas or hypotheses about a disease that one wishes to investigate. This even harder for CFS, which has no known causes. That is where small research funds that are provided by dedicated organizations like the Solve ME/CFS Initiative assume critical importance. 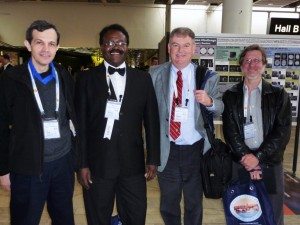 Dr. Shungu has regularly presented data from his CFS studies at professional meetings and conferences.

With the support of the Association, my collaborators and I have been able to conduct small but high-quality and critically important pilot studies that have enabled us to test the validity of some of our ideas about the causes of CFS, and then to use the generated preliminary data to compete effectively for larger NIH grants to pursue those ideas. Case in point: using preliminary data obtained in a small pilot study supported by the Association, we submitted a grant application to the NIH to test ideas that could show that CFS was not a psychiatric disease, and were very recently informed that this application has been funded by the National Institute of Neurological Disorders and Stroke and the NIH Office of the Director, with total support of $379,000 for the collaborative effort led jointly by Dr. Benjamin Natelson at Beth Israel Medical Center and Dr. Nora Weiduschat in my laboratory at Weill Cornell. In addition, we just submitted another NIH grant application, based on data generated with funding from the Association, to test a drug that we postulate could alleviate some of the disability associated with CFS.

In short, without the type of funding that caring organizations such as the Association can provide, high-quality research into the biological causes of CFS by dedicated researchers would be virtually impossible due to lack of federal support. We and all those affected by this illness owe the contributors to the Association’s research funds a debt of gratitude.”