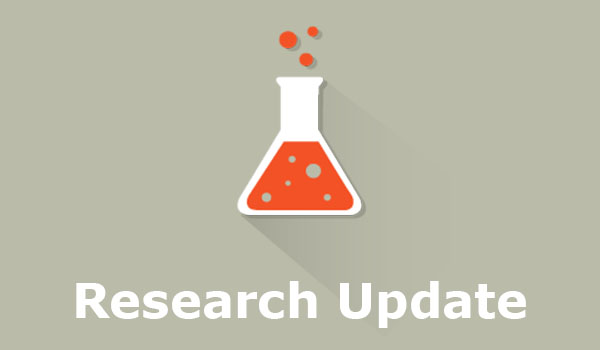 The first half of 2018 has yielded over 100 publications specifically addressing various aspects of ME/CFS. Reports encompass familiar domains such as neuroimaging, cytokine abnormalities and NK cell function, as well as explorations of novel technologies in biomarker identification and new findings of endocrine dysfunction, premature aging, post exertional inflammation and autoimmune activity. Here, we summarize highlights from many of the primary research articles published in the past 6 months

Immune System: While a formal report of the failed phase III rituximab trial has yet to be published, Eaton, et al. provided evidence of its inhibitory effect on natural killer (NK) cells at high doses in vitro, suggesting caution is warranted for its use, especially in patients with existing NK cell dysfunction. Scheibenbogen, et al. conducted a small trial in post-infectious patients with elevated autoantibodies against ß2 adrenergic receptors utilizing a technique called immunoadsorption, in which IgG antibodies are depleted from the blood. The authors measured reduced memory B cells, plasma cells and autoantibodies. 7/10 patients reported short-term and 3/10 long-term symptom improvement following the procedure. In a stringent ME/CFS cohort, Rivas, et al. documented lower frequencies of regulatory T cells (which restrain autoimmunity), lower levels of a herpes-associated proliferative receptor, NKG2C, on NK cells, and higher frequencies of a cytokine producing subset of NK cells. In an example of the power of objective measures to parse heterogenic disease groups, de Vega, et al. were able to discriminate different subtypes of ME/CFS patients by the methylation patterns (a measure of gene activation) in their immune cells, linking these profiles to specific symptoms. Uhde, et al. screened the blood of a large and stringent cohort for levels of C-reactive protein, a marker of immune activation, but found no significant differences compared to controls, in contrast to the elevated levels observed in post-Lyme patients. Rajeevan, et al. reported results from a large CDC surveillance study showing that immune cells in the blood of ME/CFS patients have significantly shorter telomeres (sections of DNA at the ends of chromosomes), a measure of premature aging. The association between ME/CFS and telomere length was particularly strong in female subjects under the age of 45.

Metabolic: Using in vitro muscle cell cultures to further investigate metabolic defects in ME/CFS, Brown, et al. found that ATP levels were unaffected by treatment with metformin to increase glucose uptake, but did find that overall ATP levels were lower in patients than controls.

Biomarker: Castro-Marrero, et al. explored the utility of extracellular vesicles (small parcels of cellular contents circulating in the blood) to serve as a discriminatory biomarker in a small ME/CFS cohort, finding they were more numerous but smaller in size than controls.

CBT & GET: Nearly one thousand CFS patients were recruited to evaluate a cognitive behavioral model that patients’ sickness beliefs and deconditioning leads to their experience of fatigue in Sunnquist, et al. The researchers determined that patients meeting more stringent case definitions displayed a weaker connection between activity and impairment, suggesting inconsistency with a behavioral cause. In a re-analysis of original data from the PACE trial, Wilshire, et al. showed that CBT and GET therapies resulted in only modest effects by subjective reports lasting less than 2 years and with low recovery rates, contrary to what was originally reported by the trial authors.