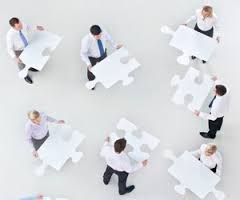 In order for patients to be diagnosed, a disease must be defined.  Chronic Fatigue Syndrome, also referred to as myalgic encephalomyelitis (ME/CFS) is currently defined by excluding other medical and psychiatric diseases that explain the symptoms.  Biomarkers – or an objective and measurable indicator of a biological state – would take the “process of elimination” out of ME/CFS and therefore provide objective criteria to define and diagnose ME/CFS.  Not only do disease states need to be defined but recovery from disease states also require definition.

The core signs, symptoms and decrements in specific functioning can and should be used to define what ME/CFS is and what it means to recover from ME/CFS.  Signs are objective measures – think of these like biomarkers.  Symptoms are how and what a patient feels.  Specific functioning varies depending on the patient.  Bottom line – all of these “core” components are important to defining and diagnosing ME/CFS.

This month we highlight three recent publications tackling the “core” components of ME/CFS.

Dr. Peter Rowe and his team at Johns Hopkins University School of Medicine have reported on increased prevalence of Ehlers-Danlos and hypermobile joints in ME/CFS patients.  Over the years he has also made (seemingly paradoxical) observations of restricted range of motion (ROM) during the clinical care of ME/CFS patients.  In a study funded in part by SMCI in 2012, Rowe studied 48 ME/CFS patients and 48 matched, healthy controls to determine if there was an association between ROM and symptoms.  They found that impaired ROM was more common ME/CFS patients and that certain types of movements (called neuromuscular strain) could induce ME/CFS symptoms.  This novel and important study, published online June 11, 2014 in The Journal of Pediatrics, points ROM and neurodynamics as potential objective measures that warrant further study and validation. http://www.ncbi.nlm.nih.gov/pubmed/24929332

Jordan Dimitrakoff, M.D., a former member of the CFS Advisory Committee, is the corresponding author on a paper reviewing the evidence for neurological and immunological biomarkers in ME/CFS.  He teamed up with investigators at Harvard, Dartmouth, DePaul, University of Mississippi, Johns Hopkins and CDC to conduct this review. Potential neurological biomarkers included brain anatomy using neuroimaging, brain blow flow, brain function (as measured by functional neuroimaging), brain chemistry and cognition.  Potential immunological biomarkers included cytokines, NK cell markers, humoral immunity and inflammation characteristics.   The authors discussed the limitations of these potential biomarkers and some reasons why none have been validated.  They recommended that because ME/CFS is heterogeneous that these biomarkers be used to define subtypes.  This important paper is published in the June 2014 issue of Fatigue: http://www.ncbi.nlm.nih.gov/pubmed/24932428

Investigators from Stony Brook University including Jenna L. Adamowicz, Indre Caikauskaite and Fred Friedberg teamed up to review the literature on how recovery in ME/CFS is defined.  This paper was published in the journal Quality of Life Research in May 2014.  The investigators identified 22 studies on ME/CFS recovery and found that each defined recovery differently – which could explain the range in recovery rates of 0-66% described in these studies.  They concluded that a consistent definition for recovery – one that captures a return to health and includes assessments of fatigue and function – is needed. Ways to think about recovery were provided including concepts such as recovery time following physical and mental exertion. Importantly, they note that patients’ perspectives on recovery could help inform treatment, education and outcome studies. http://www.ncbi.nlm.nih.gov/pubmed/24791749

FDA: The Voice of the Patient