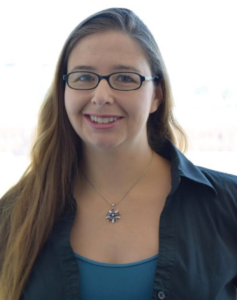 It is truly my honor and privilege to report back to our ME/CFS community about the whirlwind of success of our local, state, and national actions in the past two weeks. For me personally, it was a rollercoaster ride. I always find it difficult to share the story of my mother’s ME/CFS illness and all my family has lost due to her illness, but last week I was doing so side-by-side with thousands of people with ME/CFS and their loved ones. Working together with such an amazing community gave me such joy! I offer my sincerest thanks to all of those who were healthy enough to participate, either from home, local actions, or even traveling all the way to our nation’s capital — ME/CFS Advocacy Week was a success because of you! Let me share with you the full scope of what we accomplished together.

Beginning in January, our team created our strategic approach to the Congressional appropriations process for fiscal year 2018, which begins October 1, 2017. The big-picture goal of these actions is to be proactive in the budget conversation and avoid the reactive scramble to preserve ME/CFS funding experienced in previous years. From March 14 to March 16, our SMCI board, community partners, and staff traveled to DC for 30 strategic meetings with key offices and staff with influence on the budget process. During our trip, the political sands were shifting beneath us as federal budget announcements and proposals were being revealed hourly. I am so proud of our team for “rolling with the punches” and delivering our message for ME/CFS research funding loud and proud! 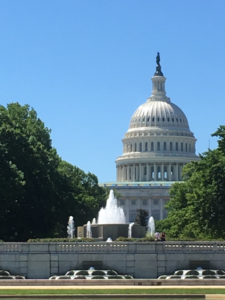 As a result of those meetings, and with the continued advocacy from the ME/CFS community, the foundations we needed to bring our message to Washington DC were locked in place. As soon as we returned, the planning process for ME/CFS Advocacy Week began. We were so pleased that #MEAction joined our efforts and together we led a two-week, successful advocacy campaign from the senate chamber in Sacramento, California to the halls of congress in Washington DC.

During a two week period in May, we successfully completed:

So, what did all this accomplish? Effective advocacy is a slow, strategic, step by step process. And our goal is to build foundations for sustained and effective policy work in the future. The most successful advocacy campaigns are layered with short term and long term goals folded together, with “easy” goals and more difficult long-term asks working together.

As one congressional staffer told me, “we don’t fund by need, we fund by noise.” The Solve ME/CFS Initiative advocacy strategy in 2017 and beyond is specifically designed to make a lot of noise. And we need to make the right kind of noise in the right places.

Below, I briefly summarize our four policy points from our multi-prong effort during ME/CFS Advocacy Week 2017.

1. We are not invisible! Awareness and International ME/CFS Awareness Day

Awareness and understanding is key and one of the most challenging hurdles ME/CFS must overcome is recognition and education. We must reverse 30+ years of misunderstanding and “change the narrative” of our disease. The first mission of every message, call, and meeting is to make sure ME/CFS is brought to the forefront. We did this through personal storytelling and an effort to recognize May 12th, International ME/CFS Awareness Day. We were successful in getting 9 elected officials to post on social media (compared to 2 last year) and sent thousands of messages to members of congress to get their attention and support.

2. Knowledge is Power! A Congressionally Sponsored Capitol Hill Briefing
Thanks to the tenacity of Rivka Solomon, Senator Ed Markey of Massachusetts has stepped up as a champion for ME/CFS and his first act was to sponsor a senate briefing to get his colleagues in Congress educated too. The Senator opened the briefing with a sincere speech followed by presentations from Jennifer Brea, co-founder of #MEAction, Dr. Zaher Nahle, Chief Scientific Officer and Vice President for Research at the Solve ME/CFS Initiative, and Carol Head, President of SMCI. The briefing covered the patient experience, debunked myths about ME/CFS, updated staff on research efforts in the ME/CFS field, and summarized the policy environment and specific requests for members of Congress. View the full video of the briefing on Youtube and download the slides and handouts here.

ME/CFS advocates requested that their members of congress contact Dr. Francis Collins, Director of the National Institutes of Health (NIH), and encourage him to prioritize ME/CFS funding in FY 2017. This follows a similar letter signed by 55 members of congress in September last year as part of the FY 2016 effort. We hope to continue the increase in ME/CFS investment with continued pressure from members of congress.  SMCI also met again with key NIH staff to discuss programs and priorities. 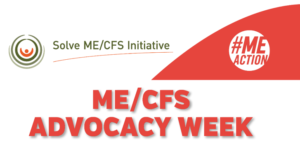 Just days prior to the launch of ME/CFS Advocacy week, the debate over healthcare legislation shifted to encompass the funding mechanism currently used for the CDC’s ME/CFS funding, called the Prevention and Public Health Fund. The ME/CFS program is one of dozens at the CDC potentially facing elimination. Advocates brought this to the attention of members of congress to save this funding if the proposed shifts become law. This effort is looking ahead to FY 18 and FY 19 when these changes could potentially take effect.

Our work is only beginning, but we have made substantial  strides towards consolidated action on Capitol Hill. This year, our efforts were a combination of proactive movement forward and defensive actions to preserve our progress so far. We expect many more actions to come in the future as part of a strategic, unified advocacy effort working together with a growing coalition of ME/CFS stakeholders, allies, and collaborators.

Together we are strong!