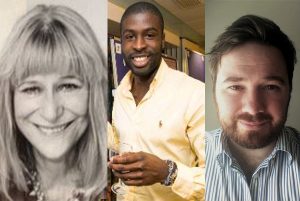 The study theorizes that while “many viral and other infectious agents have been reported to cause or trigger the symptoms described by patients with myalgic encephalomyelitis/chronic fatigue syndrome (ME/CFS),” the variety of associated pathogens suggests that “a single agent is not responsible and that chronic changes to the normal functioning of immune and other body cells caused by stressors such as infections more likely underlie this disease.”

The aim of this study is to investigate potential biochemical pathways that may be implicated in the development and duration of symptoms in ME/CFS patients and healthy controls. The team will be focusing on studying the metabolic functioning of mitochondria from B-cells, as there is evidence that changes in metabolism will affect the way these cells mature into antibody-producing cells. This experiment will be conducted by comparing the blood samples of twelve ME/CFS patients with those of eight healthy controls.

Understanding the underlying disease-associated physiological and biochemical pathways in ME/CFS patients would allow a more evidence-based approach to rapid diagnosis and potential therapies. At present, there are no biomarkers which can link changes in function of the immune, neurological, and other tissues to the many different disease manifestations of ME/CFS.

There’s consensus among researchers, however, that differences from healthy controls exist in both the immune system function and energy metabolism in ME/CFS. Focus on the possible involvement of certain immune cells (B-cells) in ME/CFS has recently been boosted after both investigators and patients reported improvement in symptoms following removal of B-cells using rituximab.

Researchers at University College London were the pioneers of rituximab-based therapy and have an established reputation in B-cell research in autoimmune diseases and ME/CFS. Metabolic profiling by Mr. Armstrong (University of Melbourne) has provided evidence for chronic immune activation impacting mitochondrial function in ME/CFS patients.

According to the research team, they met at the IIMEC11 conference where discussions of their projects “led to talks of a collaborative project to characterize the B-cell changes that Fane had observed using Christopher’s expertise in metabolomics.” The team also notes that the funding offered by the Ramsay Award Program “is critical for us to move ahead on this project and for our careers, as young researchers, in the field of ME/CFS research.”