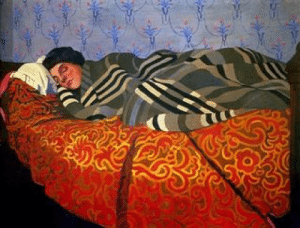 Little attention is paid to this debilitating illness.

Last week, our friend Toni Bernhard, JD tackled the question that we ask every day – “Why Is Chronic Fatigue Syndrome Still a Mystery?” Take a look at her thoughtful insights about this fundamental question.

Why Is Chronic Fatigue Syndrome Still a Mystery?

I’ve lived with Chronic Fatigue Syndrome since 2001. It has left me mostly housebound. Even though I’ve consulted with doctors across the United States, no treatment has given me relief from its unrelenting symptoms.

CFS affects people’s ability to be part of the work force; it affects their ability to raise a family; it affects almost every aspect of their lives. Yet its cause remains a mystery. From my personal experience, study, and observation, here are some of the factors that contribute to keeping this illness shrouded in mystery.

People with medical conditions are often given a diagnosis of Chronic Fatigue Syndrome when their doctors can’t figure out what’s wrong with them, but one of the symptoms they report is ongoing fatigue (what illness isn’t accompanied by fatigue?).

This over-diagnosing of Chronic Fatigue Syndrome means that these patients are incorrectly put into the pool of those who actually have the illness. This makes it almost impossible to isolate factors (such as biological markers and symptoms) that are unique to people who actually have CFS. The failure to isolate these factors impedes the ability to do effective research on the illness.

One example of over-diagnosis occurs when someone with a mental illness (that’s understandably accompanied by fatigue) is incorrectly diagnosed as having Chronic Fatigue Syndrome. In one such instance, a woman was diagnosed with CFS for over a decade before she had a mental breakdown that led to her being committed to a psychiatric hospital. There, she was correctly diagnosed with bipolar disorder. It’s what she’d had all along. She was given medication and, for the first time in 15 years, is functioning normally.

Not only does the above example of over-diagnosis impede the ability to do effective research on those who actually have Chronic Fatigue Syndrome, but when a story like this becomes public, it’s treated as proof that CFS is “all in your head,” a most damning characterization for those with this physically-based illness—a characterization that stops research funding in its tracks.

Not only is Chronic Fatigue Syndrome over-diagnosed, it’s under-diagnosed. Here’s how. A primary care doctor sends a patient to various specialists to assess symptoms that the doctor assumes are unrelated, when, in fact, the symptoms belong to the cluster that make up CFS.

In other words, people who actually have CFS sometimes get what’s called “fragmented medical care,” with one symptom being treated by a neurologist, one by a rheumatologist, one by an endocrinologist, one by cardiologist, one by an infectious disease doctor, one by a pain specialist. But the symptoms are never “put together” as belonging to the illness: Chronic Fatigue Syndrome. As a result, valuable information on the cluster of symptoms that account for CFS goes unnoticed and is lost to potential researchers.

3. The paucity of money allocated for research into Chronic Fatigue Syndrome.

The third reason that Chronic Fatigue Syndrome remains a mystery is that little money is allocated for research into causes and treatments. I’ve written about this before and so, instead of repeating what I said, I’ll refer you to Jennie Spotlia’s excellent blog “Occupy M.E.” In the following link, she tracks the amount of funding that the National Institutes of Health allocated for research in 2015: “2015 NIH Spending on ME/CFS Studies.”

One reason why proper research is crucial to solving the mystery of Chronic Fatigue Syndrome is that it’s highly likely that it’s not one discrete illness but, instead, several subsets of illnesses. This would account, in part, for why many people with a CFS diagnosis suffer from symptoms not experienced by others with a CFS diagnosis. For more on this, see my piece: “Why Can’t Medical Science Figure Out Chronic Fatigue Syndrome?”

4. The absurdity of the name “Chronic Fatigue Syndrome.”

I wrote about this in Chapter 37 of my latest book, How to Live Well with Chronic Pain and Illness:

The designation “Chronic Fatigue Syndrome” traces back to a decision made at the Centers for Disease Control (CDC) in 1988. The name trivializes the illness and keeps it from being taken seriously by medical researchers and most health care practitioners.

The unfortunate name also contributes to the over-diagnosis mentioned in #1 above. When a patient presents with symptoms of fatigue but standard blood tests don’t show anything abnormal, some doctors, not wanting to investigate further (or not knowing how to), just tell the patient that he or she has Chronic Fatigue Syndrome.

Lastly, a serious problem that stems from the misnomer “Chronic Fatigue Syndrome” is that the illness gets confused with “chronic fatigue.” The latter is a condition that has many causes but it is not an illness in itself. Chronic fatigue is a symptom that’s common to most chronic illnesses (from autoimmune diseases to cancer). In addition, chronic fatigue is often a side-effect of medications. Finally, chronic fatigue might be the result of too stressful and too busy a lifestyle, in which case it can be successfully treated by changing one’s daily activities and getting more sleep.

After fifteen plus years of suffering from this illness with little relief from symptoms, I often feel forgotten by the medical community. Who will take us on as patients and try to help us solve the mystery of Chronic Fatigue Syndrome? Unfortunately, the answer is “hardly anyone.” This piece has outlined four reasons why so little progress has been made in understanding this illness. I welcome your feedback in the comments section below.