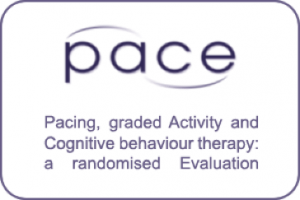 A preliminary re-analysis of the newly released PACE trial data was published today revealing that the initial results of the PACE trial included significantly inflated “recovery” rates, from 4% to 22%, attributed to exercise therapies.

The PACE trial results, published in 2011 by The Lancet, were immediately controversial, concluding that exercise and psychotherapy were the most beneficial treatment regimens for patients with myalgic encephalomyelitis (ME), commonly known as chronic fatigue syndrome (CFS). The Solve ME/CFS Initiative and many others have repeatedly called for a full retraction of the PACE trial and critical review of its results. The PACE treatment approach has been shown by follow-up studies to be ineffective and potentially harmful to patients and yet continues to be cited by doctors and government officials alike.

According to the new data analysis, cognitive behavioral therapy (CBT) and graded exercise therapy (GET) did not help patients recover. Using the PACE trial’s original protocol, the data re-analysis revealed that adding these therapies to standard medical care made no statistically significant difference.

“This re-analysis demonstrates that the previously reported recovery rates were inflated by an average of four-fold,” summarized Alem Matthees, the primary author of this recent re-analysis. “Furthermore, in contrast with the published paper by the trial investigators, the recovery rates in the cognitive behavioural therapy and graded exercise therapy groups are not significantly higher than with specialist medical care alone.” 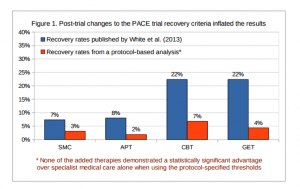 This analysis was performed by ME/CFS patients Alem Matthees and Tom Kindlon working collaboratively with independent statisticians. Philip Stark, Professor of Statistics at the University of California, Berkeley, has endorsed this analysis and Bruce Levin, Professor of Biostatistics at Columbia University, has confirmed the team’s calculations and also endorsed the results. Mr. Matthees was victorious in his two-year appeal and legal battle seeking the data release in order to conduct this analysis. Queen Mary University of London released the PACE trial data only two weeks ago after being ordered to by a court ruling.

To read the analysis in its entirety, visit: https://solvecfs.org/wp-content/uploads/2016/09/preliminary-analysis.pdf

Dr. Zaher Nahle, Vice President for Research and Scientific Programs at Solve ME/CFS Initiative, wrote the following in response to the good news:

“This preliminary re-analysis of the PACE trial outcomes obtained from patient data acquired through a Freedom of Information Act request is a huge step forward, a watershed moment that has been awaited with anticipation by our community for far too long. It is also jaw-dropping in what it uncovered.

While this new re-analysis confirmed what patients knew all along regarding the fallacies of the benefit of CBT and GET in ME/CFS, it exposed, using the trial’s empirical data, disturbing facts related to the findings and outcomes of that trial. It revealed sloppy science.

Two immediate steps must now follow: 1) a retraction of the original paper with an immediate public erratum detailing this new discovery. While the retraction process is in motion, the opportunity should be given to the study authors to examine this new re-analysis;

2) a moratorium on all ongoing research activities including grants, trials, proceedings or any scholarly activities that were based in full or in part on the original trial results and its now challenged conclusions.”

The Solve ME/CFS Initiative (SMCI) joined hundreds of patients, scientists, and researchers calling for a retraction of PACE trial, a public release of the data sets, and a reanalysis of the results. SMCI wrote to The Lancet parent company, RELX Group, in protest and called for justice.

SMCI offers heartfelt congratulations to Mr. Matthees who filed his initial Freedom of Information Act Request to release the PACE trial data two years ago. His goal was conducting exactly such a re-analysis as he completed today. SMCI also congratulates journalist David Tuller who had been instrumental with his systematic and well-researched analysis of the flaws in the PACE trial design.

Read Dr. Nahle’s editorial breakdown of the problems with CBT and GET here:

Read more about concerns with the PACE Trial here:

The Solve M.E. Fall 2020 Edition of The Chronicle is Available Online Now

In the News: ME/CFS and the MUPS Myth

Did Darwin have ME/CFS?