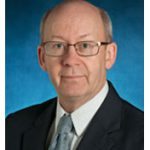 In Part Two of his follow-up to our July 16 webinar, Dr. Peter Rowe, director of the Chronic Fatigue Clinic at Johns Hopkins Children’s Center, responds to patients’ questions on orthostatic intolerance, methylation, beta blockers and the effects of talking during tilt table testing. Dr. Rowe will provide answers to additional questions in the third and fourth installments in this blog series.

Q: Cardiologists continue to be dismissive, even though orthostatic intolerance (OI) is so obvious in these studies. What is being done/planned to educate this important group of physicians, such as a presentation at an American Heart Association conference?

A: A number of cardiologists have been at the forefront of evaluating and treating OI and have advanced our understanding of the causes of the circulatory disorders. Many of them are co-authors on a recently published guideline for managing these conditions: the 2015 Heart Rhythm Society expert consensus statement on the diagnosis and treatment of postural tachycardia syndrome, inappropriate sinus tachycardia and vasovagal syncope (Sheldon R.S., et al. Heart Rhythm. 2015; 12 (6): e41-63).

There is a mismatch between the large number of patients with OI—estimated by some to be as many as one per 100—and the specialist physicians who know how to treat them. We do not have enough specialists to provide care to all affected patients. My view is that we will also need to improve the training for management of OI among family physicians, internists and general pediatricians, many of whom have the added advantage of greater training and experience treating the non-cardiac symptoms of OI, such as brain fog, myalgias, gastrointestinal symptoms, etc.

Q: I have very severe CFS along with severe Postural Orthostatic Tachycardia (POTS). I had an extremely bad relapse that lasted a year after a tilt table test. What are your thoughts on graded exercise as a treatment?

A: The shared goal of all approaches to treating ME/CFS or OI is to return people to a tolerable level of activity. We know that complete inactivity—involving as little as two weeks of bed rest—can initiate or aggravate POTS and other forms of OI (Hyatt K.H., et al. Aviation Space and Environmental Medicine 1975; 46: 801-8). In healthy individuals, exercise performed in a reclined position while in bed can help prevent a more severe reduction in blood volume among those exposed to prolonged bed rest. A reasonable assumption would be that in those with ME/CFS or OI, complete inactivity could aggravate orthostatic symptoms.

Most treatments of OI include the advice to gradually expand physical activity, which has the potential to improve blood volume and to increase the “muscle pump” function of the leg muscles that in turn improves blood return back to the heart. Somewhat surprisingly, there are not many formal studies of graded exercise for OI and, as far as I am aware, only one randomized controlled trial of endurance exercise in a group of military recruits with OI (Winker R., et al. Hypertension. 2005; 45: 391-398).

There is some modest evidence that graded exercise can help those with POTS (Fu Q., et al. Journal of the American College of Cardiology 2010; 55: 2858-68), but, as is the case in ME/CFS, the participants in exercise studies may not have been the most impaired patients. The challenge in POTS, as in ME/CFS, is to help people tolerate that graded exercise. Those who are the most impaired can be made worse by enforced increased in activity if barriers to tolerance of graded exercise are not addressed, or if exercise is advanced too rapidly.

Q: Why is PEM given such emphasis and methylation nearly none?

A: PEM has been emphasized as a key clinical feature that helps distinguish ME/CFS from lesser levels of fatigue in everyday life and from some other fatiguing illnesses. As a result, investigators have felt that insights will emerge from better understanding of the triggers and biomarkers associated with PEM.

De Vega, Vernon and McGowan recently published the first paper on DNA methylation modifications associated with chronic fatigue syndrome (PLOS One 2014 [August]; 9: e104757), so this work may stimulate more interest in this area.

If your question refers to the treatment of methylation defects, as far as I am aware, this form of treatment has been proposed as a method of improving ME/CFS symptoms, but has not been the subject of peer-reviewed published research.

Q: Have there been any studies on PEM that have included people on beta blockers or similar drugs aimed at adrenaline issues?

A: There is evidence from open (non-blinded) treatment trials using beta blockers that patients with CFS note improvement after treatment with this class of medications (Bou-Holaigah I., et al. Journal of the American Medical Association 1995; 274: 961-7; Wyller V.B., et al. Journal of Pediatrics 2007; 150: 654-5). PEM symptoms were not specifically described, but our clinical experience has been that PEM improves as general ME/CFS and autonomic symptoms improve.

Q: I find that any socialization, such as talking or joking, is a huge drain—just as draining, if not more so, than physical activity. I’m wondering if the social interaction during the young lady’s tilt table experience chronicled in your presentation was taken into account?

A: We usually try to keep discussion during tilt testing and standing tests to a minimum. This is part of the attempt to evaluate the response to orthostatic stress with as little interference from other stressors as is possible, acknowledging that we have to ask how patients are doing periodically, and patients need to be able to report symptoms.

To view the recording of the full webinar, go to our YouTube channel here.

Breaking Down the Complexities of ME/CFS – Part 2