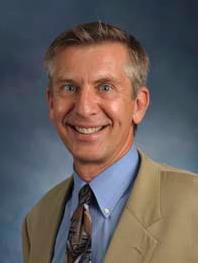 Michael J. Decker, PhD, RN, RRT, Diplomate of the American Board of Sleep Medicine
Dr. Decker’s CFS research has progressed from his initial studies assessing the role of disordered sleep as a mechanism contributing to symptom severity, to the relationship of autonomic dysfunction and reduced cortical alpha EEG activity with cognitive dysfunction, to his current endeavors focused upon mechanisms contributing to the expression of systemic inflammation that exists within a unique subsets of CFS patient. Those and his other studies reflect not only an inherent interest in this disorder, but also an understanding of the potential etiologies and comorbid conditions that can impact response to therapy.

Recently, Dr. Decker was recruited to Case Western Reserve University’s Medical Center in Cleveland, Ohio. He has already begun to establish his CFS research at that institution and, in doing so, has developed a collaborative program of study that includes scientists and clinicians from the Cleveland Clinic, University Hospitals and the VA Medical Center. Those individuals are “new” to CFS research and clinical care, thus representing a new cohort of highly skilled individuals who now include CFS within their research portfolios.

Dr. Decker has also worked to convey the need to support CFS research and funding at the national level. He traveled with CFID’s former director, Kimberly Kenney, to the NIH to meet with Dr. Carl Hunt, who at that time was the Director of the National Center of Sleep Research with NHLBI, as well as for a separate meeting with the Office of Women’s Health. Those meetings demonstrated that Dr. Decker is willing to go beyond the confines of his laboratory to promote the need for CFS research, as well as the need for funding to support those activities.

“Dr. Decker possesses a long-standing program of CFS research which has focused upon establishing the etiological mechanisms of the disorder, defining molecular factors contributing to the heterogeneity of clinical presentations, and establishing biomarkers predictive of treatment outcome… I believe that his passion for CFS basic science research, coupled with the clinical applicability of his newly emerging findings, makes him an ideal candidate for the committee’s consideration.” – Mary E Kerr, PhD, RN, FAAN, Dean and May L Wykle Endowed Professor, Case Western Reserve University 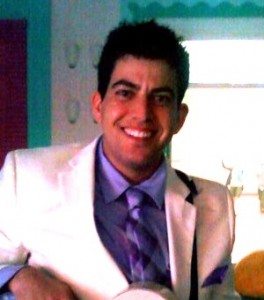 D.J. Gilbert became known to the Association at one of our Catalyst Café cultivation events. D.J. is young and a relatively “new” ME/CFS patient. He has been sick for the past 5 years but has only recently felt empowered to speak up about ME/CFS and to speak out for research. He wrote his personal story that was the cover story for the Association’s summer SolveCFS Chronicle. Shortly after that was published, he visited his college fraternity to let them know about ME/CFS and what they could do to help bring awareness. This all demonstrates D.J.’s courage to stand up and educate others about his disease. D.J. is committed to learning all he can then sharing it as widely as possible in order to help raise awareness about ME/CFS.

CFSAC provides advice and recommendations to the Secretary of HHS, through the Assistant Secretary for Health (ASH), on a broad range of issues and topics related to myalgic encephalomyelitis/chronic  fatigue syndrome (ME/CFS).  Individuals selected for appointment to the Committee will serve as voting members and can be invited to serve terms of up to four years.

Both nominees acknowledged not only willingness but a strong desire and excitement to serve in this important role.