The following press release issued today announces a new $2 million research grant to a team led by Dr. Dikoma Shungu of Weill Cornell Medical College. The award from the National Institutes of Health was made based on pilot data Dr. Shungu’s team collected with support from two pilot study grants from the Solve ME/CFS Initiative . Click here for the NIH’s award summary. Thank you to Association donors who made our grants possible and provided the data for this $2 million follow-on funding!

NEW YORK (March 7, 2013) — Weill Cornell Medical College has been awarded more than $1.9 million by the National Institute of Mental Health of the National Institutes of Health to lead an innovative research study using advanced neuroimaging and clinical evaluations of patients with chronic fatigue syndrome (CFS). The new four–year clinical study, to be conducted in collaboration with Icahn School of Medicine at Mount Sinai and Beth Israel Medical Center, will aim to expand the scientific understanding of CFS, improve diagnostics for the condition and discover novel biomarkers, all of which may lead to the identification of new and more effective treatment targets. 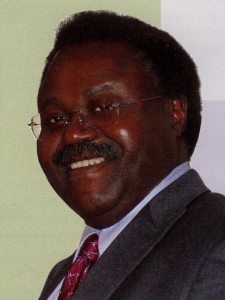 CFS is a difficult to diagnose and complex, multi-system disorder. It is considered a medically mysterious illness and is often misdiagnosed. Differentiation of CFS and neuropsychiatric illnesses, such as major depressive disorder (MDD), can be daunting and is a continuing challenge.

Symptoms of CFS include severe, debilitating and lasting fatigue that is not alleviated by rest and may be accompanied by a constellation of symptoms, including musculoskeletal pain, sore throat, headaches, impaired concentration, short-term memory and sleep disturbances. A characteristic feature of CFS is post-exertional relapse, a recurrence or worsening of symptoms after even minor physical or mental activity. Its clinical presentation, combined with the lack of current validated diagnostic tests and its overlap of symptoms with disorders like MDD, can make CFS difficult to diagnose.

“Our initial studies implicate oxidative stress as a key factor in the pathophysiology of CFS,” says Dr. Shungu. “We look forward to investigating further our highly promising and consistent findings in an expanded study thanks to NIH support. This new study will help give validity and the specificity of our oxidative stress hypothesis, and we aim to find promising therapeutic targets and novel treatments for patients.”

However, researchers found in their pilot studies that the abnormalities identified in CFS patients are similar to the abnormalities witnessed in MDD patients. In the new study, researchers hope to decode CFS and distinguish it from neuropsychiatric conditions such as MDD. This current uncertainty makes it critical for research studies to investigate the nature of comorbidity in CFS.

“The discovery of specific biomarkers that can differentiate CFS from similarly presenting psychiatric disorders will have a profound impact for how the disorder is perceived, managed, diagnosed and for the development of objective diagnostic tests, therapeutic targets and advanced scientific understanding of this mysterious debilitating illness,” says Dr. Shungu.

Researchers believe this study is highly innovative, representing a departure from nearly all previous studies for CFS to date. They trust it may be the first comprehensive attempt to identify brain biomarkers for the condition.

“This new CFS research will help show distinct medical patterns in CFS patients helping to drive discovery of more efficient diagnostics and treatments, ultimately improving the health and quality of life of patients,” says K. Kim McCleary, president & CEO of The Solve ME/CFS Initiative. “This tremendous $2 million in NIH support validates the need for more research and new treatments for this chronic illness that typically suddenly hits patients like a tornado. We hope this study closes the scientific gap for the disorder so we can halt this debilitating condition in its tracks, finally restoring hope for patients and their families battling CFS.”

Other study investigators include Dr. Benjamin Natelson of Beth Israel and Dr. Dan Iosifescu of Mount Sinai. For this study, Weill Cornell, Mount Sinai and Beth Israel plan to enroll 40 patients with CFS, 40 MDD patients and 20 healthy controls. To learn more about enrolling in the study, call 212-746-2632.

Beth Israel Medical Center, a licensed,1,106-bed, tertiary care, teaching hospital, serves as University Hospital and the Manhattan Campus of the Albert Einstein College of Medicine.  Founded on Manhattan’s Lower East Side in 1889, Beth Israel provides inpatient care through two major divisions: The Milton and Carroll Petrie Division in Lower Manhattan and Beth Israel Brooklyn in the Midwood section of Brooklyn, as well as through a network of outpatient and ambulatory facilities, primary and specialty care practices and unique physician partnerships. It is notable for its unique approach in combining medical excellence with clinical innovation. Beth Israel’s world-class specialists have helped to expand the Medical Center’s services in heart disease, cancer, neurology, orthopedics, and pain medicine and palliative care, among others. At the same time, the Medical Center has forged links between conventional medicine and integrative approaches to care through theContinuumCenter for Health & Healing. Beth Israel also continues its long tradition of excellence in medical specialties including gastrointestinal disease, chemical dependency, psychiatric disorders and HIV/AIDS research and treatment.

The Solve ME/CFS Initiative
The Association’s mission is to make CFS widely understood, diagnosable, curable and preventable. Our strategy is to stimulate research aimed at the early detection, objective diagnosis and effective treatment of CFS through expanded public, private and commercial investment. Second only to the federal government in funding initiatives for CFS, since 1987 the Association has invested $32 million in initiatives to end the life-altering disability, stigma and isolation of CFS. For information and resources for patients, family members, caregivers, support groups, media professionals, the general public and health care professionals, visit www.solvecfs.org.

Register Now! Coronavirus Preparedness For People With Chronic Diseases: What Do Caregivers Need to Know?