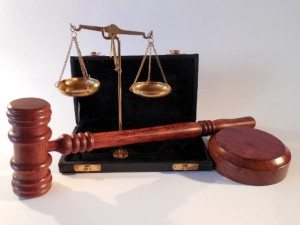 Today’s decision means it’s likely the PACE trial, which ME/CFS patients have long objected to, will be forced release its underlying research data. We believe a review of this data will substantiate the study as invalid, which patients and other researchers have long believed.

This is an important development in the protracted legal and scientific battle regarding the PACE trial, whose results have caused patient harm. Today’s ruling will secure the release of the PACE trial data so long as the university does not decide to appeal to the Upper Tribunal.

PACE trial results, published in 2011 by The Lancet, were immediately controversial, concluding that exercise and psychotherapy were the most beneficial treatment regimens for patients with myalgic encephalomyelitis (ME), commonly known as chronic fatigue syndrome (CFS). The Solve ME/CFS Initiative and many others have repeatedly called for a full retraction of the PACE trial and critical review of the results, seeing as the PACE treatment approach has been shown by follow-up studies to be at best ineffective and at worst harmful to patients.

Journalist David Tuller published a scathing article series in which he investigated the study design, execution, and conclusions—finding significant deficits at every turn. Recently, the PACE trial was presented to the largest gathering of statisticians in North America as a cautionary tale of bad science. The PACE trial was “one of the most damaging cases of bad statistical practice that I have personally encountered in my years as a journalist,” reported science writer Julie Rehmeyer.

Update: Queen Mary University of London (QMUL) issued a formal written statement in response to the Tribunal dismissing their appeal yesterday. They reiterate that the PACE trial complied with UK clinical trial regulatory framework and emphasize the strict confidentiality of the data. The statement goes on to say that the University “has shared data from the PACE trial with other researchers only when there is a confidentiality agreement in place and an agreed pre-specified statistical plan for data analysis.”

Based on this statement, it would not be surprising if QMUL chose to appeal the decision to a higher tribunal.

Read the Tribunal decision in its entirety here:

Read more about concerns with the PACE Trial here:

Pearls of Wisdom from a CFS Physician, part 3

Article in APA Monitor Reaches 130,000 Professionals in the Field of Psychology, Seeks to Dispel Myths about CFS

The Physical Basis of CFS