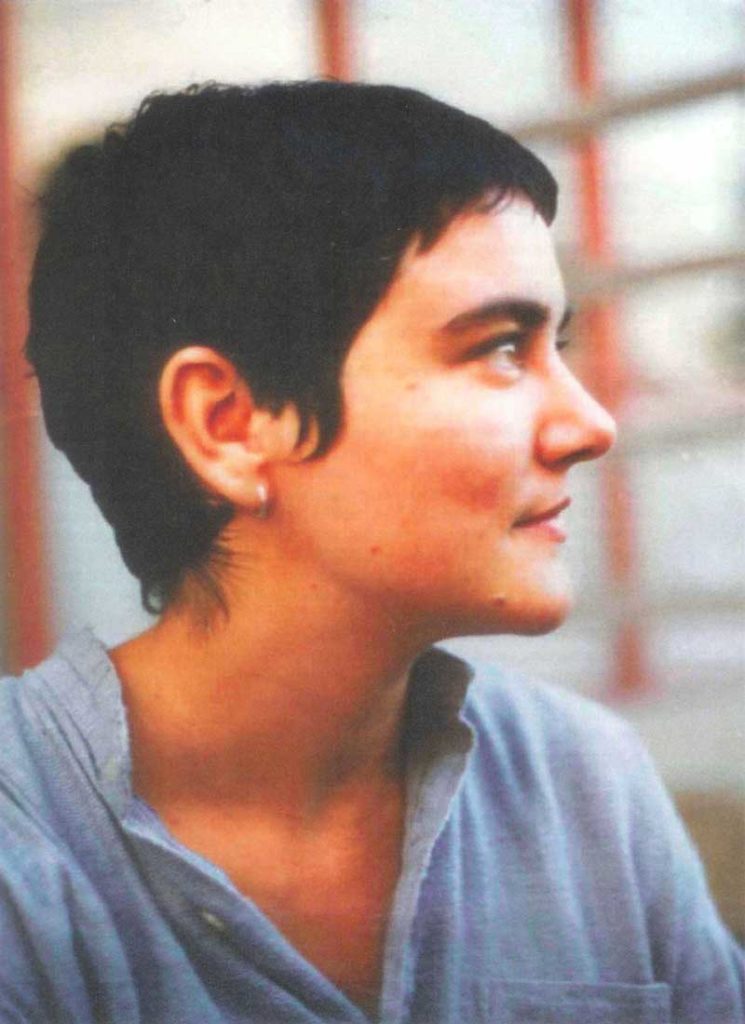 On Aug 8, we remember Sophia Mirza, whose death was the first ever to be directly attributed to M.E. in a formal medical inquest. After battling malaria in her 20s while traveling, Sophia became ill with the flu and was unable to recover. She developed extreme light and sound sensitivity and intolerance to most foods, chemicals and smells. She fought against a psychosomatic diagnosis and involuntary commitment and passed away as a direct result from her M.E. Today we remember Sophia and we ask that you speak up for those too ill to speak for themselves.

The following are archived excerpts from Criona Mirza’s story about her daughter Sophia’s battle with M.E.:

The Story Of Sophia and M.E.

“Sophia was the youngest of my four children.  As a child she had chicken pox.  When she was 17 she was a passenger in two separate car crashes.  Shortly afterwards, she was hospitalized with suspected meningitis and was given a lumbar puncture.  At 19 she went travelling and working in Africa, before which she had to have multiple vaccinations.  Whilst in Africa she had two doses of malaria.” her mother writes.

She continues, “In 1999, Sophia got the ‘flu’.  She could not recover from it.  By December of that year she could only leave her bed to have a bath.  In June 2000, she was moved into the tenth floor of a high-rise block of flats.  There, she would have a bath each day where she relaxed for about an hour.  Within three months she “crashed” and had become bed-bound.  I could not understand why, as she had done nothing different during this time.”

“Sophia’s room had to be completely “blacked-out” and she also wore eye pads as any form of light seared her eyes and affected her in other ways.  She had to wear ear plugs as any noise or sound, even the sound of a voice, made her even more ill.  She could not bear to be touched for the same reason, even though she craved the human touch and the comfort it gave.  Since that time she had been unable to have either a bath or a hair wash as water too magnified her symptoms.  She was only able to lie on her right side.  She had, for most of this time, been unable to speak.  She had been unable to read or write, listen to the radio or have any electrical gadgets in her room.  She was unable to have visitors.  Her G.P. was at a loss as to what to do.  The G.P. suggested that I put Sophia ‘away in a home and get on with the rest of my life’.  I did not agree.  Years ago, I had nursed patients with all sorts of diseases; never had I seen anyone so profoundly ill in so many diverse ways, as Sophia.”

“During one of my visits to Sophia’s G.P., I was told that Sophia had made herself ill and that I was keeping her ill and as long as I was looking after her she would never recover.  The G.P. said that it would be better with me out of the flat and independent carers installed.  In 2001, the G.P. approached an M.E. clinic, telling me, for legal protection of the G.P. and the surgery.  Sophia asked me to research the clinic, which cost thousands of pounds.  They told me, when I pressed them for long-term results, that patients usually revert to the point from whence they started.  I spoke to a couple of ex-patients who were afraid to have their names used; they said that this clinic was run on the lines of mental health and used Graded Exercise, although it claimed to be a neurological clinic.  They also said that when patients did not get better that they were given a different diagnosis before being sent home.  Sophia elected not to go to the clinic.”

“I was told that if Sophia refused to go to the M.E. clinic, or if she did not recover within the following 6 months, that she would be sectioned under the Mental Health Act,  then added that if I tried to stop this, then the psychiatrist would go to the courts to have me removed as the nearest relative.  Furthermore, if I did not open the door when they would come to take Sophia away, that the police would be called to ‘smash the door down’.  When I asked how much better Sophia would get by these proposed actions, the reply was given that it was “none of your business, that it was for the courts to decide”.  The psychiatrist wanted to arrange for me to see a psychologist so that I could understand the good, that the psychiatrist, was doing to Sophia.  I refused.”

“As promised by the psychiatrist,” Criona continues, “The police ‘smashed the door down’ and Sophia was taken to a locked room within a locked ward of the local mental hospital.  Despite the fact that she was bed-bound…”

“Sophia’s solicitor then requested a tribunal, which was held two weeks after Sophia’s sectioning. The tribunal lasted 8 hours.”

“They released Sophia. It was too late; the damage had been done. Sophia relapsed, not to where she had been before, in Spring 2003, but to a hell-hole to which she had never been.  She never recovered from this “treatment”.  For her it was the equivalent of being in a tsunami from May – July, but this one was man-made.”

“Those last 9 weeks were something else.  I had to take the responsibility for implementing Sophia’s wishes.  By virtue of this monster of a disease, she still had to remain in blackout conditions and in isolation as to do otherwise would automatically tip her into another unknown hell.  Even when I knew she was in agony and that she was virtually on her death-bed, she could not have the comfort of me or anyone even holding her hand or sitting with her.  I had to know that my child was dying and do what caused her least pain, irrespective of my own feelings.  We each had our own agony, as did the rest of our family and friends.”

“Following the loss of Sophia, I and my family feel we are free to speak the facts as experienced by Sophia.  Whatever we say or write now will not bring her back to us.  Sophia wanted to get better and live, but she needed to be able to live as a ‘free person’, not ruled by fear, incarcerated behind the locked doors of a mental hospital.  This was not allowed.  In order to get ‘help’, she had to agree that she was mentally ill; this she would not do.  She lived her beliefs.  I have never in my life known a braver or more courageous person than Sophia.  She was an inspiration to us all.  I do believe that every parent would say exactly the same about their child who is suffering from ME.  It was Sophia’s wish that her living and suffering should not be in vain, but that it would help others.  Only time will tell.”

What Challenges are People with Chronic Disease Facing in the New COVID-19 Environment?