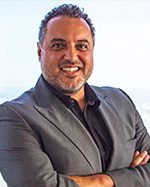 During the course of interviewing for this position, I was reviewing the amount of government spending on ME/CFS. I came across a figure of $5.4 million in one article. I assumed the number must have been a typo. I thought, not only as a rational reader, but also as a scientist who directed a research laboratory and balanced budgets, that it must be $5 billion, with a “b,” not million with an “m.” After all, for a devastating illness destroying the lives of at least 2.5 million people in the United States alone and causing north of $17 billion per year in economic losses, a $5 billion expenditure seemed reasonable, if not absolutely necessary.

The real shocker, however, came the next day when I ran into that same $5 million figure from a separate, trusted source. My shock turned to outrage on behalf of the patient community. Could it be true? Could the mighty U.S. government commit only $5 million for this devastating, woefully understudied disease with no cure, diagnostics or defined pathology? To put things in perspective, $5 million can barely furnish a modest core facility in one science department and is the individual yearly budget of hundreds of medium-size labs investigating other diseases. It is also a fraction of what Roche Pharmaceuticals, for instance, spends on Research & Development in a single week.

And just when you think that you have seen it all, now even that measly $5.4 million was unashamedly stricken from the prospective Senate budget of 2016, the only disease to get such remarkable “attention.” The sad irony lies in the stark contrast of how we generously commit tens of billions per year in (commendable) foreign aid to alleviate human suffering across the globe, but fail to invest crumbs in the wellbeing of our own vulnerable population, people with ME/CFS.

While I have never been one to subscribe to conspiracy theories, I have to wonder why the government continues to fumble repeatedly on this particular issue. I’m reminded of the words of the science writer Arthur C. Clark in 3001, The Final Odyssey: “Never attribute to malevolence what is merely due to incompetence.” ME/CFS patients are a proud and a resilient bunch who are not asking for handouts. They are merely demanding what is their inalienable right: that their government invest in finding cures so that they can live dignified, productive and meaningful lives like everyone else.

At the Solve ME/CFS Initiative, we are doing all we can to fill that enormous research gap and drive collaborations that foster promising discoveries. That said, we insist on a clear, tractable and transparent federal funding agenda for ME/CFS as the most effective path toward a cure. It is the responsibility of the government to find cures for diseases that afflict millions of its citizens, not the other way round. We are darn serious about that!

Breaking Down the Complexities of ME/CFS – Part 3