Far too often, myalgic encephalomyelitis/Chronic Fatigue Syndrome (ME/CFS) patients are met with healthcare providers who do not believe in the biological nature of the disease. Patients have an understandable reticence when it comes to psychologists and psychiatrists because of the fear that their ME/CFS will be labeled as a psychological disorder rather than treated as the very real debilitating disease that it is. Yet, the medical disciplines of psychology and psychiatry have a tremendous amount to contribute to the ME/CFS community, because of their extensive knowledge of how the central nervous system works. 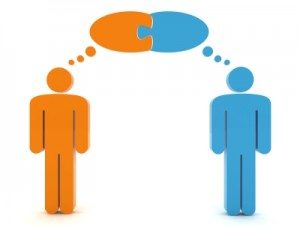 In this guest blog post, Mark Demitrack, MD, FAPA describes how for a long time he has advocated for and used an integrated approach to understand how the brain is involved in the biology of ME/CFS.

In 1991, I co-authored an editorial in the journal Biological Psychiatry, entitled, “Chronic Fatigue Syndrome: The Need for an Integrative Approach”.  The topic of that manuscript was an appeal to the medical community to expand and recast the research investigation of Chronic Fatigue Syndrome into a more integrative framework.  In such a broader framework, I suggested that any advances in scientific research for the pathophysiologic underpinnings of this disabling illness were unlikely to be helped without taking a comprehensive view of the clinical reality of the illness.  In my view, at that time there was an urgency to this issue, since there were few studies that had examined illness models that fully accounted for the observation that central nervous system symptoms (e.g., alterations in symptom domains such as cognition, behavior, sleep, pain sensitivity) were core aspects of the patient’s experience of this perplexing illness.  Moreover, I had recently reported the observation that patients with this illness experienced an apparent disruption in the central nervous system regulation of the body’s stress response system, the hypothalamic-pituitary-adrenal axis.  This finding opened an avenue of research investigation in ME/CFS that has only expanded in the past decades.

For example, in a recent blog post in June 2014 on the Solve ME/CFS Initiative website, neuroimaging research from the laboratories of Dr. Andrew Miller at Emory University and Dr. Dikoma Shungu at Weill Cornell Medical College emphasized that the central nervous system is not a silent bystander in this illness.  Abnormalities in dopamine metabolism in the basal ganglia were noted by Dr. Miller’s group, while Dr. Shungu and colleagues reported significant disturbances in brain lactate and glutathione metabolism.

Experimental observations such as these and others are essential in expanding our understanding of how ME/CFS develops.  While the immediate significance of these findings for treatment of a patient are far from clear, and that can be undeniably frustrating, they are necessary and essential building blocks in helping to establish a clear appreciation of the fact that ME/CFS has an underlying biology.  In particular, these findings underscore that the central nervous system is a critical part of that biological reality, indeed there is a neurobiology to this illness.  While some of these observations may not be unique to ME/CFS, they are nonetheless critical observations on the path toward a more comprehensive understanding of the pathobiology of this illness.  In fact, the use of appropriate, other disease state control populations, as was done in these studies, is an essential component to future research.

Psychologists and psychiatrists have a unique and in-depth understand of how the central nervous system works. Research has consistently shown that the central nervous system plays a role in ME/CFS. For too long, the study of causes and treatments for ME/CFS has been held hostage to an unfortunate tendency for the scientific debate to be forced into an unnecessary and unproductive dualism, namely that it is either “psychological” or “biological”.  It is now abundantly clear that replicated observations of both peripheral and central nervous system biological disturbances are seen in patients with ME/CFS.  The challenge ahead will be to maintain this broader, integrative view.

Pearls of Wisdom from an ME/CFS Physician, part 2