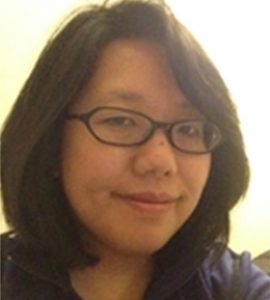 The Solve ME/CFS Initiative hosted a webinar with Dr. Lily Chu June 18 called, “Post-Exertional Malaise: History, Characteristics, Evidence.” Dr. Chu has followed up with her responses to questions that were unable to be answered during the webinar due to time limitations. The next SMCI webinar is July 16 with Dr. Peter Rowe, director of the Chronic Fatigue Clinic at Johns Hopkins Children’s Center.

Q: What CFS criteria was used in the tests you covered in the webinar and are they comparable subsets of people with CFS?

A: The studies discussed during the webinar concerned CFS subjects who fit Fukuda criteria, so they are similar in that way. However, chronic disabling fatigue unrelieved by rest is the only required symptom to fit Fukuda criteria, and subjects may have any combination of four or more symptoms out of eight optional symptoms. Thus, subjects between studies and even within the same study might have different sets of symptoms. No study broke down exactly which combinations of symptoms their subjects had in order to qualify for Fukuda.

Q: What is the pathophysiology of post-exertional malaise (PEM) symptoms?

A: This is the $1 million (or should I say $1 billion) question. Although there have been studies focusing on whether cytokines, mitochondrial function, differential activation of certain brain regions, neuroinflammation, etc., could explain PEM, we do not yet know what the mechanism for PEM is. Without researchers specifically recruiting for subjects with PEM, measuring/characterizing the symptom, and linking any abnormal findings detected to PEM, it will be difficult to figure out the pathophysiology.

Q: What differences are there between PEM that results from physical triggers and PEM resulting from cognitive triggers? How does the patient understanding/experience of PEM evolve over the course of illness? Are there differences in the severity/duration of rapid onset collapses vs delayed onset collapses? Do patients experience both kinds of collapses or just one? Is the severity/duration of PEM impacted differently in people who have symptoms they experience only during PEM as oppose to constant symptoms? Patients often have a “better” time of day for “activity.” Is PEM severity/duration impacted by engaging in “activities” outside of that “better” time of day?

A: These are great questions. Unfortunately, we do not have answers to them currently. PEM has not been researched to the degree it should have been over the past three decades. As I explained in the June 18 webinar, I believe that the lack of, diverse, or unclear definitions of PEM have led to neglect and confusion among both researchers and clinicians, excepting those who have specialized in ME/CFS. At the end of the webinar, I mention gaps and opportunities in PEM research, including the need to examine not just physical but cognitive triggers, the timing (onset, peak, duration) of PEM, and PEM presence/severity over the course of a patient’s illness.

Q: I am wondering if the subjects’ pre-trial activities were considered. I have to rest intentionally before I am planning to do anything in order to do it.

A: For some of the studies mentioned, subjects’ activity levels were measured beforehand (e.g., Black, 2005) or subjects were told to refrain from too much activity for a certain period (e.g., 24 hours) before an exercise stressor was applied.

Q: In 2008, I was referred by an M. expert to a lab for the two-day bicycle stress test. Immediately after the first round of the test, I became much more symptomatic: more uncoordinated, increased muscle weakness and fatigue, etc., and I had frequent chest pains for 22 hours following the test. This, of course, was of concern for the referring specialist who advised I take it easier on Day 2 of the test, which I did, with the result that my second-day test results did not indicate PEM. However, I crashed for a week after this test. I don’t know if my experience is typical for this test, but I would hazard a guess that there are many with ME who should not be attempting this test. Instead I would recommend the impedance cardiograph test reviewed in a study by A. Peckerman as an excellent test to look at orthostatic intolerance in ME patients. In my view, the impedance cardiograph test is much less likely to cause the physical reaction I had to the two-day bike stress test.

A: The Institute of Medicine Committee was aware that repeated cardiopulmonary exercise testing (CPET) could cause severe PEM in some subjects and a warning was placed in the report and Clinicians Guide. Patient report of symptoms post-exertion suffices, and the test is not required for diagnosis of PEM. However, CPET may be considered for unclear situations or where the patient desires it for disability purposes.

In your situation, another option for documenting PEM might have been to have you, a caregiver, and/or the physician document your symptoms in response to the first exercise test. Although you might not have had the necessary data from CPET given your decreased ability to participate in the second CPET, in the United States, written documentation of a patient’s condition/experiences– especially from a third-party–can provide further evidence of disability. The use of third-party reports is noted in the ME/CFS SSDI ruling.

In terms of published studies, there are at least four studies examining repeated CPET in ME/CFS, whereas there is only one on impedance cardiography. Replication is important if the results are to be accepted as scientifically sound. Furthermore, the U.S. Social Security Disability Insurance ruling on ME/CFS specifically mentions CPET as an acceptable method of objectively assessing functional ability. Finally, tilt table testing is considered the gold standard for diagnosing forms of orthostatic intolerance (OI) so if documenting OI is the intent, that test should be considered first. The IOM report has a section on orthostatic intolerance, and I would direct your attention there. The U.S. SSDI ruling also specifically mentions tilt table testing.