Dr. Len Jason Answers Your Follow-Up Questions to His Webinar “Appropriately and Accurately Assessing Symptoms in Patients with ME”September 27, 2018 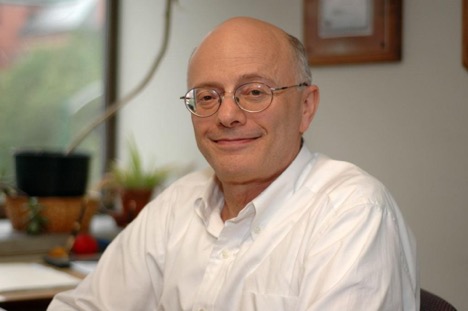 Our webinar this month featured Leonard A. Jason, PhD, professor of psychology at DePaul University in Chicago and a prolific researcher in the field of ME/CFS. In his presentation, “Appropriately and Accurately Assessing Symptoms in Patients with ME,” Prof. Jason

provided an overview of the multi-year effort to develop patient symptom questionnaires for myalgic encephalomyelitis (ME) and chronic fatigue syndrome (CFS).

In the webinar, he explains why it is important to reliably assess domains of this illness so that more homogenous groups can be studied that are comparable across labs. Without such tools, efforts to define and characterize this illness will be hampered. In addition to speaking about the importance of reaching consensus on operationalizing data collection and deciding on thresholds for when symptoms should be counted as indicative of illness, he explains why there is a need for more international consensus on a variety of other methodological issues including the research case definition.  You can watch video of the presentation here.

The positive response to his presentation included thoughtful questions from several attendees. Below, Prof. Jason provides responses to some questions we did not have time for during the webinar.

Are there specific abnormalities that show up in cognitive testing that are distinctive for ME?

Linking brain abnormalities with cognitive function, studies of brain rhythms have consistently demonstrated the relationship between quantitative electroencephalography (qEEG) and ME. Oscillatory patterns, which reflect underlying differences in the speed and timing of neuronal communication within local and long-distance networks [57], appear to be deregulated primarily in the lower frequencies in ME. It appears that brain rhythm studies [78, 95, 177, 178] likewise demonstrate a connection between cortical dysfunction and cognitive impairment in ME. qEEG abnormalities include spike and sharp waves, which have been associated with seizure activity in the cortex [179, 180].

In Donati and colleagues [179] spikes were found to be most common in the temporal region, which contains the hippocampus, thus implicating memory disturbance. It is known that the temporal lobes have a predilection for infection by the herpes virus in acute herpes encephalopathy and encephalitis [181]; therefore, the findings may be related to post-viral mild encephalopathy which could cause the self-reported memory and attention problems. Another use of qEEG is connectivity analysis; Duffy, McAnulty, McCreary, Cuchural, and Komaroff [182] found that qEEG connectivity measures were able to discriminate patients with ME from healthy controls and from those with major depression with nearly 90% accuracy. Another measure of cerebral activity, based on qEEG data, is source analysis [183-188].

Three studies using qEEG source analysis [94, 156, 160] found evidence of brain dysregulation which indicates reduced efficiency of information processing in patients with ME. This type of analysis allows measurement of the limbic system as well as the cortex, and the finding by Sherlin [156] of increased delta sources in the left uncus and parahippocampal gyrus of affected twins with ME is associated with blunted affect, apathy, and reduced motivation. Sherlin’s findings were similar to Nickl-Jockschat et al. [189] who conducted a meta-analysis of MRI studies involving 917 patients with mild cognitive impairment which showed that cognitive decline was associated with a pattern of grey matter atrophy in deeper limbic structures including the parahippocampal gyrus.

Interestingly, two recent sleep studies found lower delta in subjects with ME; Le Bon and colleagues [190] found that ME was associated with lower ultra-slow (0.5-0.8Hz) delta power and Decker et al. (2009) also observed varying delta abnormalities in patients. Taken together, these studies suggest that delta slow-wave activity could be a key factor in differentiating between patients with ME and controls.

In a different method of source analysis, Flor-Henry, Lind, and Koles [160, 191] found significantly greater current source density in the left frontal-temporal-parietal regions of the cortex among the patients with ME, which would account for executive functioning deficits as well as perceptual reasoning problems.

M. A. Zinn et al. [94] performed a source analysis using exact low-resolution electromagnetic tomography (eLORETA) and found widespread cortical hypoactivation among patients with ME, with elevated delta sources in 50% of the frontal lobe and 19% of limbic lobe regions of interest including the anterior cingulate and orbital frontal gyrus. A co-occurrence of beta-2 sources was also found bilaterally in 18% of the parietal lobe regions of interest including the

paracentral lobule (sensorimotor cortex), posterior cingulate, and precuneus, indicating compensatory activation. Furthermore, portions of the left frontal lobe and left limbic lobe were positively associated with scores on a fatigue measure (MFI-20) with reduced motivation as the only predictive factor. This study found objective quantification of central nervous system dysregulation providing evidence of specific nodes within brain networks that might be involved in producing ME symptoms of cognitive impairment or “brain fog”.

Central nervous system dysfunction can be measured in vivo and functional imaging data, as indicated by the array of biological measures above. Objective testing can also occur using the neuropsychological and cognitive tests such as the Cambridge Neuropsychological Test Automated Battery (CANTAB) [192]. Alternatively, Gudrun Lange (personal communication, 2/29/2012) suggests that a staged approach for cognitive assessment can last from 1.5–2 hours, and would include a WAIS IV abbreviated version, Repeatable Battery for the Assessment of Neuropsychological Status (RBANS™) Form A or B (working memory supplement), Digit Span forward and backward, Computerized Continuous Performance Test [Processing speed, Simple reaction time and Vigilance, and Executive Function], Computerized Category Test, and effort measures can be derived from Digit Span and RBANS.

What is your perspective on the NIH Common Data Elements project? Do you think it was a meaningful step to address some of the inconsistencies in data collection?

The NIH/CDC Common Data Elements project was an important first step in identifying useful instruments and assessment devices, how these instruments are scored to identify patients can only occur with an explicit case definition, so that task is one that remains to be achieved with an international consensus. In the May 2, 2018 Virology Blog by David Tuller, Trial By Error: A Q-and-A with Leonard Jason, on Case Definition, I stated:  “The stakes are high, for if you have an inappropriately wide case definition for research purposes, you will bring into your studies many fatigued people with a variety of conditions. In other words, if you identify the wrong patients, then your study will make conclusions about people who do not have ME, and you will have significant barriers to engaging in critical scientific activities such as estimating accurate prevalence rates or identifying biological markers. Also, if you bring in lots of people who don’t have this illness but lifestyle issues and/or a solely depressive disorder, a good percentage of them will respond favorably to psychogenically oriented treatments (meaning treatments that target mental or emotional processes). As I have been writing about for many years, this will ultimately lead to some researchers making conclusions about CBT and GET that are not true for patients with ME.”

You mentioned two symptom components of the subtypes identified in your 2018 paper (Huber, Sunnquist, & Jason) – GI symptoms and orthostatic intolerance. Can you describe the various subtypes this analysis uncovered and do you think they might provide insight into possible treatments?

We state in the article: “Finally, the identification of classes that differ by type of symptoms rather than just quantity of symptoms is a relatively novel result among analyses of samples of ME/CFS patients. These results, if replicated, may assist physicians in providing tailored treatment to patients, allow researchers to form more homogeneous samples, and aid in the development of empirically derived diagnostic criteria for ME/CFS.”