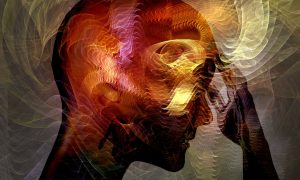 The PACE trial will not go away. In 2011, results were published for a five-year study conducted to determine what therapies, if any, are effective in treating ME. The PACE trial concluded that graded exercise therapy (GET) and cognitive behavioral therapy (CBT) were effective treatments (in other words, the trial concluded that the disease is psychological—rather than physiological—in nature). Almost immediately, ME patients were concerned about the validity of the study methodology and requested additional information. A multi-year legal battle ensued, involving prominent UK institutions. Patients were concerned not only that the study protocols were not sound, but that the results could be harmful to patients.

Before the release of PACE trial data, its authors again published the main results of their study—this time using their original, protocol-specified methods. In this new version, PACE trial’s ostensibly positive results were diminished by two-thirds.

Very recently, with the judicially ordered release of trial data, it is expected that ostensibly positive study results will be even further diminished after they are subjected to independent review. The release of this data allows independent researchers to draw independent conclusions, as is appropriate in rigorous science—a significant victory for patients. Please read our September editorial on the matter, located here, for additional information.

However, the damage caused by the PACE trial lingers.

Recently, articles have been put out by reputable, mainstream media sources (such as BBC News and The Guardian) that have treated ME/CFS as a psychological disease.

ME/CFS has very clear and proven biological (not psychological) traits, which include the following (as well as dozens of other measurable traits):

I Thought It Was a Typo…