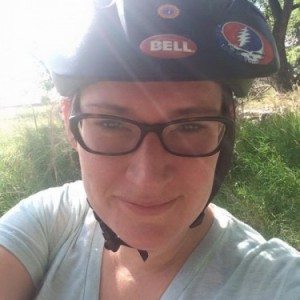 Kaycee Mackley has launched a Crowdrise campaign to honor her mother, Chardale (Dotson) Irvine, whose hard-fought battle with ME/CFS ended earlier this year. “I watched this illness slowly take my mother’s life, which ended Feb. 22, 2015 after suffering for over 20 years,” says Kaycee. “Since her death, I have struggled to find a way to honor her life.”

Over the next six months, Kaycee will be participating in four races in her home state of Colorado to advocate for funding and raise awareness for ME/CFS. Her goal is to raise at least $2,000 to benefit the Solve ME/CFS Initiative research program.

Prior to becoming ill, Kaycee’s mother was active in athletics and in other’s lives by listening to their struggles and offering her compassion.

“She encouraged me to be the best I could be, even when I didn’t know what the best me looked like,” says Kaycee. “By going through the grief of losing her I have discovered a path to the best me. A positive way to build myself back up, by being as active as she was and giving back.”

To learn more about Kaycee’s campaign, donate or send her a note of encouragement, visit https://www.crowdrise.com/imhereforme.

To learn more about how to create your own DIY Fundraising campaign, visit www.SolveCFS.org/Fundraising

In the News: Healthy volunteers needed for ME/CFS/FM research at Sussex University

You Can Make a Difference in the Lives of People with M.E.